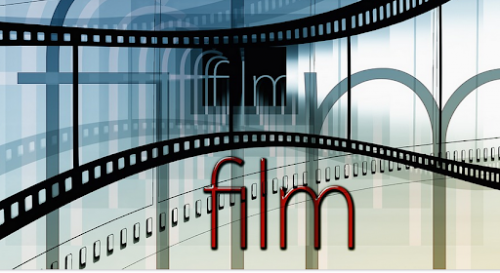 A movie a day keeps the dullness away. Whether you are a binge-watcher or die-hard fan of Hollywood, the mantra holds for all of us. Keeping yourself updated on the top ten Hollywood movies of all time should not be too difficult. However, it is not easy to find time to watch a broad range of movie releases. Though work may keep you busy, you can always unwind by sneaking in a few hours to watch the best movies of all time. Let us scoop out the list of the ten best movies you should never miss.

Although the movie was released in 2009, the film is still gaining viewership. The fictional movie revolves around the local tribe of Na’vi. The movie defines the tribes’ fight for existence and human colonization in Alpha Centauri. Its jaw-dropping technology and special effects with heart-touching messages have many fan followings.

Released in 2019, Avengers Endgame took the world by storm. Nothing is more thrilling than watching your marvel comics superheroes come alive to counter the destruction caused by Thanos. It received applause for its action sequences, acting skills, direction, and musical scores. The series of Avengers are all equally exciting.

It is one movie that will make you weak at your knees. Released in 1997, love birds refer to Titanic as the bible of all love stories. Set in the era of 1912, the movie recreates the historical shipwreck that brings out the diverse human characteristics. You better keep your tissue box with you as its heartwarming scenes are bound to make you cry, love, and laugh.

The movie released in 2015 has been the highest-grosser across the North American continent. It acquired raving reviews for its visual effects, action sequence, performance, directorial, and more. The fictional movie, depicting an epic of space opera, inspires the production of action figures, toys, video games, T-shirts, kitchen products, and other merchandise.

Forrest Gump is a heart-rending movie with a twist of drama and comedy amidst the United State’s 20th-century-historical events. The unbelievably impeccable movie, released in 1994, divulges the misadventures of a boy named Forrest with physical disabilities and a low IQ level. Tom Hanks portrays an endearing character who will take your heart away.

There is hardly anyone alive who has not heard of ‘Jurassic’. The year 2015 witnessed a herd of genetically engineered dinosaurs who went on a rampage on a fictional island. Despite the characters displaying their flawless acting skills, the technical dinosaurs stole the show.

The ferocious beast became the king of hearts with this lovable movie release in 2019. It charmed the young and old alike as adorable Simba stepped into his father’s shoes. The computer-animated drama made the audience ask for more for its photorealistic images, soundtrack, musical scores, facial emotions, and visual effects. No wonder, it won the title of the highest-grossing animated movie.

The success of Frozen led the makers to woo the audience with yet another animated fantasy with Frozen II. Through an animated movie, Elsa and Anna emerged as a symbol of love and sacrifice in the real world. The film won Grammys, Golden Globes, and received accolades for featuring perfect craftsmanship.

Marvel Comics never fails to raise the excitement level. The 2018 superhero flavored movie is immersive with its characters coming to life. The futuristic location created on the sets is incredible. Their costume designs are out of this world.

Though each sequel of Harry Potter has a hair-raising experience, Harry Potter and the Deathly Hallows II became one of the highest grossers of the year 2011. The movie has the best visual effects and received accolades for its cinematography.

Even after being premiered in 2015, Furious 7 is still making heads turn. The movie has successfully established a bonding with the audience for its action sequence and emotional core. The airdrop stunts are something to watch out for in this movie. The team worked carefully on each detail to live up to the audience’s expectations.

What makes this movie the highest grosser of all time? You must see it to find out. It is never too late to steal a few hours to catch up with any of these missed films. After all, ignoring these classics can rob you of the most delightful experiences. So, if you have missed out on anything, we will keep you covered.