In this day and age of technology, it’s hard to imagine what flash games meant to the people of that time. Now it is enough to go to any of the platforms, such as Steam, Origin and many others and download any game. But 10 years ago it wasn’t that easy. We had a hard time, because in order to play something, you need to find it. Today I want to tell you about the 10 most popular flash games that my friends and I played in the past.

Some games are really interesting. Slope game is as simple and clear as possible, it does not have anything incredible, the graphics do not cause any wild delight. You just battle with virtual obstacles, jump and roll to your goal. Along the way you get a lot of positive emotions. For someone it is already enough to occupy time on a trip or during a boring wait for something.

The Slope series of games is remembered by many as something simple and fascinating and is still popular among flash games.

The Fancy Pants Adventure series is most reminiscent of the first Sonic games. The main character here is also very fast, and the levels are full of dynamic routes with jumps, sharp turns and sections where you have to run on the ceiling.

There’s not a lot of visual detail, but the game has great animation and style. There are a lot of levels, each of which can be a long time to explore in search of secrets.

Happy Wheels is a racing game that has gained popularity thanks to three aspects: extreme violence, high difficulty and custom levels.

The player here, avoiding the many traps, must bring the character to the end of the track. It is not an easy task: circular saws, spears, grenades and other dangerous objects often come out of nowhere at the most unexpected moments. And the main characters are very fragile – taking damage, they often lose limbs and begin to bleed.

Happy Wheels is interesting with its sheer craziness and the sheer number of levels available, including not only the classic ones, but also the “dodge the harpoons” kind of challenge. 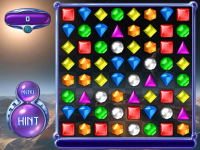 One of the first games in the genre of “three in a row. The gameplay is very simple: you have to swap stones of different colors so that they become at least three in a row. Once one group of crystals disappears, another one falls from the top.

Even almost 20 years after its release, the game is popular. Graphics have colorful, pleasant sounds, and if bored with the classic mode, you can run the arcade and check how many points you can earn in a limited time.

In Infectonator, the player takes on the role of the creator of the zombie virus. The disease can be upgraded and then released on people and watch as the infected kill the survivors.

In the second part, almost any country is available for conquest. The player can learn new types of zombies, as well as dropping bombs on people and summoning special infected to the battlefield.

A fan game inspired by Super Mario World and Super Mario Sunshine. This is a large-scale game that will take more than an hour to complete.

The authors have created a huge number of levels that can be explored with many of Mario’s abilities from the original games. The hero can do a triple jump, fly a water jetpack, smash blocks by falling down sharply, and much more.

Even if Super Mario 63 is inferior to Nintendo’s projects in terms of the elaborateness of the locations, it is still a fascinating platformer created by fans for fans. 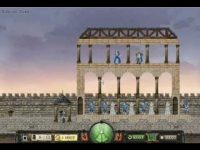 The project, which owes its existence to the Angry Birds series. The task of the player – using a trebuchet throws projectiles at the enemy castle so that he crumbles and crushes all the enemies.

Unlike Angry Birds, the direction of the throw here can be controlled only by choosing the moment when the object “unhooks” from the trebuchet. The player has several dozens of levels, the difficulty of which increases gradually, and 15 types of shells, among which there are even potions: freezing, fire and so on.

Line Rider allows you to create your own tracks for the little man on the sled. The player draws a line that turns into slopes, jumps and loops, and then presses Play and watches as the hero rides through the level.

There is no goal and no condition to win, but there is a chance to feel like a creator. Seeing the little man bounce and do somersaults thanks to the strokes you leave behind is an amazing experience.

Canabalt is one of the first ranners. The most important thing in the game is to jump in time. The hero runs across the roofs of crumbling houses, jumps from one building to another and dodges various debris on the way.

Simple gameplay reveals itself gradually. The player learns to jump to different distances, calculate movements and even tactically use obstacles that slow down the character.

Yetisports – this is one of the most famous series of flash games. More than 10, and each is dedicated to an imaginary sport.

Ylympics is a compilation of the first five parts of Yetisports. In one event, you need to throw a penguin between two blocks of ice, in another – to hit the target, in the third – toss him in the air, so it flew away an albatross, and so on. The games are simple, but very entertaining. Not least because of the clever animation and amusing sound accompaniment.

Today I have only told you about 10 games among many. There were a lot of such games and it is impossible to tell about them all in one article. If you enjoy this article, I will probably write another. Thank you for your attention!