2021 Biggest Esports Events You Want To Bet In 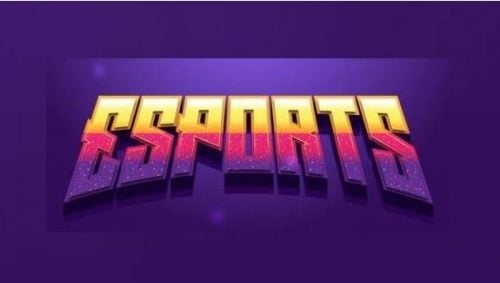 Esports betting is an extremely underrated category within online gambling. Since its commercialization, popular video games have taken nations by storm. Most of the value of these games is its extreme penetration into cultures all over the world and also the branded content associated with these large-format tournaments. Popular video cults garner a massive following from patriots from around the world. Apart from being a fun way to pass the time, video games have evolved into a very competitive field, offering significant advantages, especially professional gamers and esports bettors.

Key Projections For Esports Industry In 2021

Why Are Esports Events So Highly Anticipated?

The absolute frenzy and hype associated with famous gaming guild add monumentally to the experience of Esports tournaments. Gaming has become a spectator sport with thousands of people attending live gaming events and several million logged in at home watching the same event.

This hysteria surrounding these events isn’t all pomp and show. The winners get major bragging rights within their communities and the potential to win millions and sometimes even tens of millions from a single event. Professional gamers spend months in preparation for these tournaments. Similarly, Esports fans and bettors can keep a close eye on their favorites and even make predictions based on the patterns they have observed in the months leading to the tournament.

Here are the top 5 Esports tournaments that you should keep your eye on in 2021. The list includes:

The Fortnite world cup is probably one of the most famous Esports events in the world. The year 2019 saw the largest pool in the history of the cup at a $30 million prize. Around 10,000 people attended the live event in New York, while more than a million people streamed the event live at home. This tournament is recorded to have given away more prizes than any other gaming event so far. That being said, Epic games published that the 2020 tournament is likely to have an even bigger prize pool than the last years. Another tip is to follow the Fortnite Secret Skirmish that features several smaller live games in the months leading to the main world cup.

The Valve corporation organizes an annual DOTA 2 tournament, which is considered by experts to be just as lucrative for professional gamers as the Fortnite championship. This tournament awards millions of dollars in prizes to its winners. Viewers that are spectating from home have the option of logging in using a gaming client. This allows them to move the camera around to watch any part of the match at any time. The tournament is designed so that bettors can also make real-time game predictions and are rewarded if their predictions turn out to be accurate. This tournament also has the most significant number of participants and a high prize’s value of $34 million in 2019 and several million more in additional prizes.

BlizzCon happens to be one of the most popular gaming conventions in the world, with a highly dedicated fan following. Unlike any other event, Blizzard’s umbrella convention also features the live arena tournaments for Overwatch world cup, Starcraft II championships, and the World of Warcraft arena tournament within the main event. Tickets are quite expensive to this convention that around 40,000 people attended in 2018. The attendees receive several pairs, such as access to previews of new games, live concerts, and even receive beta keys for new games that Blizzard has developed but has not released.

Player Unknown’s Battlegrounds is probably the second most popular battle royale game after Fortnite, even though PUBg essentially created the battle royale genre. They also organize an annual tournament with a prize pool of $1,000,000 to the first place winner. Nine different regions compete to produce one champion from each area. These regional champions then go on to compete for the grand prize in a live tournament.

Interesting Related Article: “Why Casinos are Banking on Esports as the Next Big Thing“