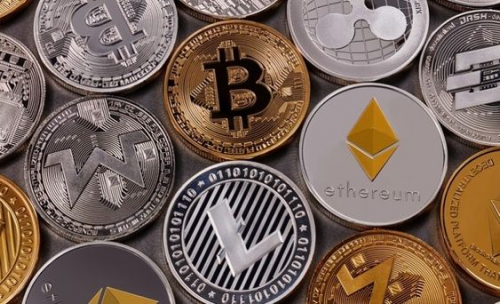 2021 has been a year of great highs and lows for the crypto market, and it’s proven to be a hot topic more than ever before. If you’re already interested in the market or you’re just starting out, the last 12 months make for a very interesting read in the happenings of the digital currency world.

As 2021 draws to a close and 2022 is only a matter of days away, GMR take us through some of the biggest news that’s happened in the industry over the last 12 months.

In recent months, some of the most well-known crypto coins have experienced all-time highs. Bitcoin saw the price double between July-November 2021, reaching above $68,500 for the first time in history. This meant gains of more than 350% in the last year.

Similarly, Ethereum saw record highs too, surpassing $4,800 for the first time. This has pushed the overall market close to $3 trillion, which is more than the combined value of the world’s 12 largest banks.

Solana and Cardano have also experienced increases, up 21% and 16% respectively in recent weeks.

More than ever before, banks are now becoming active investors in the market. Standard Chartered, BNY Mellon, Citibank, UBS and BNP Paribas are the top 5 banks that have invested in crypto and blockchain companies.

In fact, 55% of the world’s 100 biggest banks are now investing directly or indirectly in companies and projects related to digital currencies.

Over the years Elon Musk has published a tweet and instantly there have been major changes to the market. After cofounding PayPal, Musk has gradually become more involved in the conversation surrounding crypto.

In 2020, Tesla bought $1.5 billion in Bitcoin, although by May 2021 the company announced they would no longer be accepting Bitcoin as payment. Both announcements had huge impacts on Bitcoin’s value.

As recently as December this year, Tesla will now be accepted Dogecoin for merchandise as a trial, which has resulted in a Dogecoin price surge of up to 25%.

As with any emerging technology, the crypto industry hasn’t been without its challenges. There have been over 30 incidents involving hacks and fraud in 2021, with the most recent resulting in $150 million stolen from BitMart. Two hackers were able to use a stolen private key to open two hot wallets and extract funds, although BitMart has pledged to reimburse the victims.

The Poly Network hack back in the summer also resulted in more than $600 million worth of tokens, but it was eventually all returned in one of the strangest twists of 2021.

China and El Salvador at opposite ends of the scale

In 2021, China declared all cryptocurrency transactions illegal and outlawed cryptocurrency mining. The Chinese authorities shut down computer farms where bitcoin are mined. While many have offered insight into why this is happening, it seems that it might have something to do with China planning to become carbon neutral by 2060, which meant it was necessary to crackdown on the energy used to mine crypto and support such a network.

It has also been suggested that China is currently piloting its own state-backed, digital currency, the Digital Chinese Yuan.

On the other hand, El Salvador has recently announced that bitcoin will be legal tender. They are planning the first ‘Bitcoin City’ that will be funded by cryptocurrency, and plans to raise $1 billion via a Bitcoin Bond. Construction is set to begin in 2022, and the city will have no taxes except VAT.

With all of that happening in a very short space of time, it’s incredibly exciting to see what the next 12 months will bring.