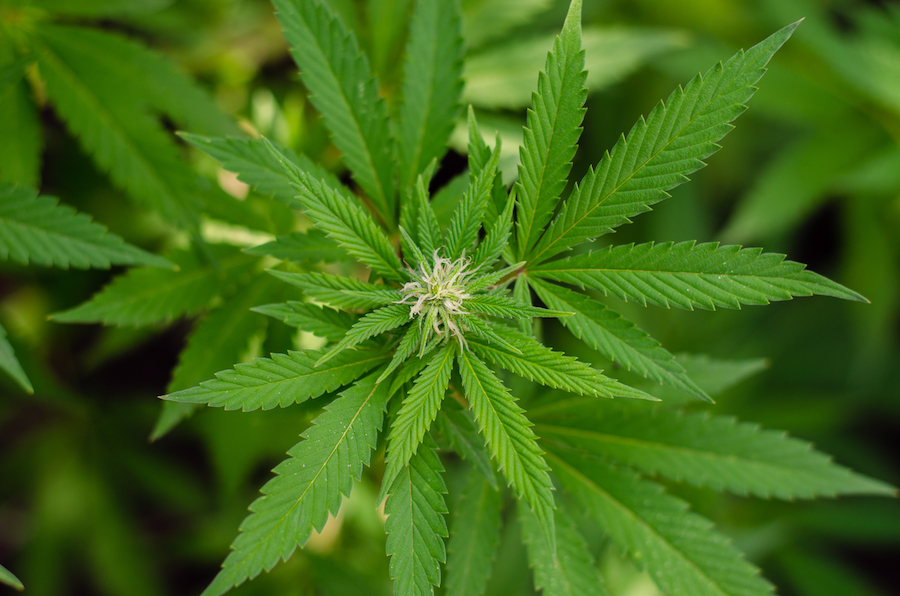 In the ‘old’ days, THC was the big bad wolf that got all of grandma’s (and grandpa’s) attention. “THC this”, “marijuana that”, “cannabis is evil”, “war on drugs” were the catch phrases of the era used to ward people off of the substance known as THC.

The psychoactive property of the cannabis plant became the main focus of the Nixon administration’s drug war, but all it really did in retrospect, was create more and more demand and desire. Cut to 50 years later and multiple states have legalized the plant both medically and recreationally, CBD has been legalized stealing all the spotlight from THC and multiple countries, regardless of the U.S. stance over those decades, were conducting research and creating formulations capitalizing on the benefits of THC.

And it all happened because of the basic marketing principle: educate and inform don’t just sell. At the end of the day, by creating and then informing into an information literacy among both those in favor of cannabis reform and those against, time became the anti-movement’s biggest enemy. Over time, with this information literacy strategy, the tide turned, because unlike in the U.S. as mentioned above, the world wasn’t sitting idly by.

In Israel, where much of the leading cannabis research in the world has occurred, pioneered by Israeli chemist Raphael Machoulam and his co-discovery of the endocannabinoid system. Just because the U.S. was turning its’ collective back on the plant, the rest of the world, including this researcher at Hebrew University decided to dig in deep.

And in the years since, whether the U.S. government wants to acknowledge it or not, we have learned through this research and others, including in countries like Iran, that multiple diseases and their treatment can be impacted by supporting the endocannabinoid system and that not only CBD, but THC, the psychoactive ingredient in cannabis, all played an important role.

First, even scientists at the U.S. National Institutes of Health recognize the compounds probability of alleviating dozens of illnesses including, schizophrenia, diabetes, cancer, and multiple sclerosis, amongst others. Back in Israel, hundreds of different research trials have opened up the door to numerous medications to come from this extraordinary plant.

Second, Dosing. Until recently, very little knowledge existed as to the correct amounts of THC one needed to ingest and the Kritikos Cannabis Research of 2022 at Brandeis University sought to change that by employing techniques used to track opioid usage over time to explain patient reaction and behavior while being treated with THC. The biggest challenge, the ability to put dosage metrics in terms everyone can understand from consumers to public health to public safety to clinical and economic effects to government to manufacturers et al has been challenging. What in THC is equal to a dose of aspirin so that we may put it all on level playing field terms?

Third, and this is personal opinion after almost fifty years of THC usage and watching the response to that by everyone in my personal, professional, and governmental sphere has illuminated the bigger problem. Like opioids but even bigger because it is less lethal, THC makes you feel good. Damn good. Your brain’s receptors welcome it with open arms and that is the reason we have gone beyond medical into full on recreational so fast. THC has medical benefits and it feels great, comes in multiple forms (including outstanding hemp-derived THC products from companies like Aurochs Farms and top of the line cannabis brands like Cookies spreading nationwide) and has few long lasting negative attributes. That scares many for different reasons, including parents, community leaders and even competitors like the alcohol industry, where usage declines as cannabis penetration increases.

However, again, at the end of the day, the world is proving the medical efficacy of cannabis, THC, CBD et al and dosing for medication is grinding towards resolutions for standards, so on this one, we might just have to punt on number three and have a medicine that also makes you feel good. But unlike the abuse of so many other substances, is relatively harmless in comparison, lack of U.S. research notwithstanding.

You may be interested in: U.S. Trade Import Statistics – Why are they important?