In recent years, there has been some controversy around the production of animal feed on agricultural land with calls for a greater focus on a vegetarian diet and the growing of crops for human consumption. However, the matter is not as simple as it may seem on the surface. A vegan diet is hard to balance since the human body is adapted for an omnivorous diet that includes animal protein, and an ovo lacto vegetarian diet still requires animal production for products like eggs and milk. 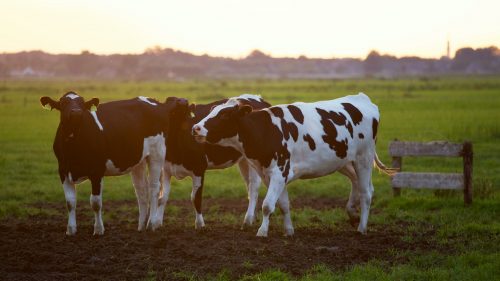 For the foreseeable future, omnivorous farming will remain with us, and feed industry profitability will continue to attract agricultural entrepreneurs. We look at the reasons why fodder production is still big business.

1. The World Eats Meat: Vegetarians and Vegans are in the Minority

Although vegetarianism, which still requires some animal production, and its more stringent cousin, veganism, are growing in popularity, around 90 percent of the world’s population still eats meat. It’s certainly true that, supposing it were possible to convert all the world’s arable land to plant-based crops, fewer resources would be consumed in food production – but the real problem is the world’s growing population.

At the end of debates and controversies lies the simple fact, most people enjoy animal products and, even in the third world, meat-eating is with us for the foreseeable future. The best plan? Improving productivity in animal production. That invariably means using land unsuited for crops for intensive animal production methods that rely on purchased feed.

2. Intensive Livestock Production is on the Rise

With a growing, and mostly meat-eating, world population to feed, it’s unsurprising that vegetable crops intended for human use are commanding the lions’ share of arable land. The FAO points out that alarmist estimates of the percentage of land suitable for vegetable-based human food production having been given over to animal feeds are just that.

The bulk of feeds used in animal production are not fit for human consumption and would otherwise be wasted. Meanwhile, the pressure is on to move cattle off rangelands and into intensive farming contexts where feed replaces natural grazing. With the demand for meat growing with the population, feed crop production is on the rise, but primarily in contexts that do not affect fertile land given over to the production of food crops for human consumption.

A significant proportion of animal feed is based on crop residues – the remains of crops after the proportion suitable for human consumption has already been harvested. Farmers, therefore, are motivated to produce both feed and food on the same land, and a substantial share of their income derives from the sale of feed. Removing this motivation would disincentivize many farmers from food production.

As an additional consideration, we need to ask ourselves where the potential nutrition in crop residues and foods not suitable for the table would go. Surely, making food from our “leftovers” benefits food security, which is the primary practical issue at the core of the animal feed production debate.

Both Now and in the Future, Feed Results in Food, and Demand Continues to Rise

In any business context, prices are governed by the laws of supply and demand. When demand is high and supply is low, prices continue to rise. The future of the feed industry is secure, and it seems likely that demand will continue to rise while supply is limited by the proportion of land that can be used for agriculture. Whether we look at current figures or future trends, the animal feed industry remains big business – and it remains profitable too