With international shipping and the Internet, diets and regional cuisine is much more accessible to the world at large than it has been in the past. But even with all that access, distinctions between cuisines—especially between Eastern and Western cultures—can still be quite noticeable. While there are plenty of similarities in these diets, some of their most striking differences are things we might not immediately notice or be able to point out. So here are 4 major differences between Eastern and Western cuisine that you might—or might not—have noticed. 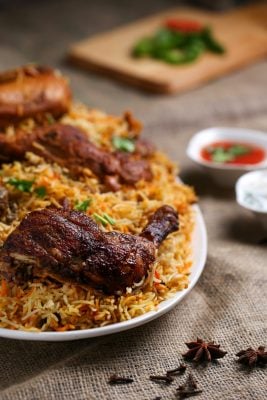 If you are used to Western cuisine—especially American cuisine—having a large amount of meat on your plate or having meat with every meal may seem like a given. However, when it comes to Eastern cuisine, meat is rarely the star of the show.

It’s common in Western cuisine to have a steak or a chicken breast or pork chop and build the rest of the meal around what works best with that cut of meat. However, in many Eastern dishes, rice is the foundation of the meal. While meat may play a part in the meal overall, rice is what completes a dish. 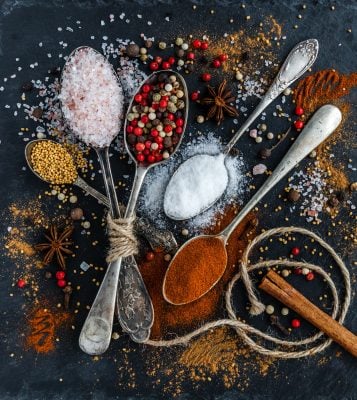 When it comes to Western and Eastern cuisine, there is a stark difference in the spices that are regularly incorporated into dishes. These days, if you live in or around a major city, you can get same-day access to just about any spice or spice mix you want. Even if you live in a rural area, online deliveries of spices are available. But it’s not just access to spices that make these cuisines different, it’s choice.

In Eastern cooking, you’ll see many contrasting and bright flavors and strong spices like coriander, cumin, cloves, lemongrass, and cinnamon are regularly used. It’s also common for homes to have wet or dry grinders to fresh grind spices, and for homes to regularly be on the lookout for the best wet grinders to create the most potent spice mixes.

In Western cuisine, seasoning often focuses on sweet or salty and it’s very common for Western restaurants and homes to have pre-bought sauces and spice mixes like seasoning salt, ketchup, mustard, and gravy.

Many people who visit American or American-style restaurants for the first time are shocked by the portion sizes. Large servings of meat, pasta, and vegetables are common—not only in restaurants but at home too. These portion sizes—as well as the generous use of salty and sweet flavors—have also contributed to a growing obesity problem in America.

On the other hand, Eastern cuisine’s portion sizes are more manageable and are not meant to leave you feeling “stuffed”.

Like we mentioned above, Western cuisine tends to lean more towards the sweet and the salty, and there is a lot of focus on creating dishes with ingredients that complement each other.

In Eastern cuisine, the focus is on contrasting flavors and on using ingredients that many Western homes wouldn’t put together: such as sour and sweet for a main dish, or umami flavors.

While Western and Eastern cuisine may have a lot of differences, they are both cultures focused on good food and family gatherings around the dinner table. So next time you’re out on a grocery run, consider pulling up a traditional Western or Eastern dish and seeing what your family thinks!

Interesting Related Article: “5 Different Types of Cooking Oil You Can Use“