4 Nose Defects That Benefit from a Rhinoplasty 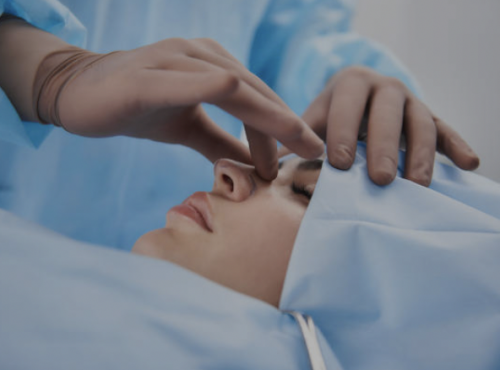 Rhinoplasty is the most sought after facial cosmetic procedure today. There are numerous reasons for seeking a nose job (rhinoplasty), nevertheless, these all reduce to one – improving one’s appearance. It is an added bonus when this accompanies a necessary medical condition such as resolving breathing impairments.  The four most common reasons for rhinoplasty, among a more extensive list are the hanging columella, a droopy nose tip, a bulbous tip and a nose bump.

The columella is the area just beneath the tip of the nose between the nostrils.  The most prevalent issue with this strip of cartilage and skin is what is known as a “hanging columella”.  This gives the appearance of a “drooping” nose, as the tissue protrudes underneath the tip. It causes the upper lip to be “ too short” and the nose “ too tall”. A hanging columella is a normal result of the nose growth or many times a result of a bad nose job.

This is when the tip of the nose points in a downwards direction.  A sagging nasal tip occurs mostly as a sign of aging.  The support structure within the nose weakens over time causing the droop and making the nose to seem as it is growing. The problem is accentuated if a certain muscle, the Depressor Septi, is overactive.  In some  instances, the illusion of an elevated  nose tip can be achieved by temporary non-surgical nose job or permanent non-surgical rhinoplasty

When the tip of the nose has an enlarged, spherical shape, it looks very disproportionate to the face. Primarily a genetic characteristic, a bulbous tip is corrected by cartilage removal and reshaping of the tip through a closed procedure (incisions on the inside of the nostrils). It can also be performed when an external incision is utilized, the “Open Rhinoplasty” approach.

Known as a Dorsal Hump, this is perhaps the most common reason for rhinoplasty.  A bump on the nose can be caused by injury such as a broken nose or genetics:  malformation of the bridge…The nose bump or hump is composed of  bone and cartilage.   The common correction is surgically filing down the hump and shaving the excess cartilage. , For some smaller nose bumps, non-surgical procedures, including the permanent filler will obscure  that dorsal hump.