5 Diseases You Probably Haven’t Heard Of & How to Prevent 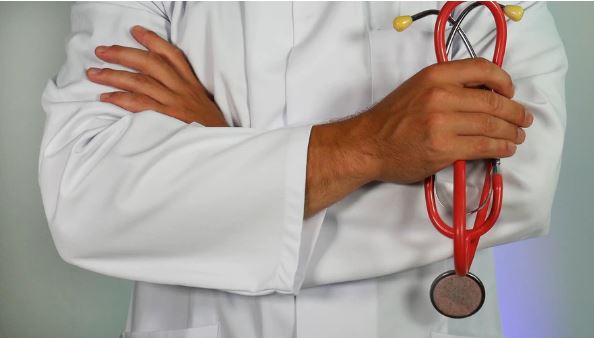 Diseases are always a scary topic to talk about. But do you know what is scarier? Not knowing what kind of disease you might have to face in the future. Diseases, as scary as they are, are not something that should be avoided. It is important to overcome your initial fear and learn more about diseases – common or not. And who knows? Perhaps you can get rid of your fear completely by learning more about uncommon diseases and learning how to prevent them.

Let’s start the article with a rare disease called Alice in Wonderland Syndrome or AIWS. This is such a rare disease that we currently don’t know for sure how many people have gotten this disease in the past. And unfortunately, the disease isn’t as cool as the name.

The second major symptom is deteriorating visual perception. Meaning, the sufferer sees objects in a different – either bigger or smaller than they actually are. Their eyes themselves are actually fine, no problem with that. Unfortunately, there are no treatments available yet. But, it is possible to treat the causes before they make things worse.

Hanahaki Disease has become such a popular topic nowadays. Some people are freaking out that this disease might actually happen to them. So Hanahaki Disease is a disease that makes someone vomit flowers until they die. The trigger is simple: being heartbroken or loving someone who doesn’t love them back.

The symptom will happen suddenly. While there is a cure, surgery to get the flowers out, it will leave the sufferer not being able to feel emotions ever again. Before you start panicking after learning the existence of this disease, don’t worry, it’s not real. It is a fictional disease that is made popular by a novel. But the concept of this disease is interesting and makes many people want to know more about Hanahaki disease.

Hutchinson-Gilford Progeria Syndrome or HGPS is a rare disease that affects one in four million people worldwide. Since 1886, there are only 130 cases recorded so far. HGPS is a disease that makes the sufferer age much faster from an early age.

Some symptoms of HGPS are hair loss, kidney failure, loss of eyesight, brittle bones, and aged-looking skin. Considering the severity of this disease, it is very difficult to help the sufferer. This is why people with this genetic disorder typically live to their early twenties at most.

Polio used to be rampant many decades ago, but now, this disease is almost forgotten completely, thus making it a rare disease. The disease itself is deadly and will make the sufferer not being able to move freely at all. The virus that causes polio can spread fast from person to person, causing paralysis at an alarming rate. Fortunately, preventing polio is an easy matter nowadays thanks to vaccines.

Alkaptonuria is a rare disease that is also often referred to as “black urine disease.” The rare disease prevents the body from breaking down two protein-building blocks called phenylalanine and tyrosine. When these two protein-building blocks aren’t being digested properly, the color of the urine will turn black. The color itself is mainly caused by a process called homogentisic in the body.

Not just urine, but some parts of the body will also have a dark color. If Alkaptonuria is left unchecked for too long, it may cause other problems in the future. Since homogentisic acid is not being broken down any further, it can build up almost anywhere inside the body. The buildup can happen in tendons, nails, ears, cartilage, and heart, causing various issues. To prevent this disease, a certain diet should be followed.

There you have it, some rare diseases and how to prevent them. Just as I said above, these rare diseases are scary and can be deadly, but that doesn’t mean we shouldn’t learn about them. And don’t worry, there are more rare diseases for you to learn.

You may be interested in: Dry Eye Syndrome Symptoms & Treatment