5 Most Valuable Football Teams in the World

We frequently argue about the surreal prices football teams pay for certain players. The sport has gone beyond its boundaries a long time ago and it has turned into business instead. The fans are still there and football will never lose its nature, but hefty prices and rich owners do impact the whole spirit of the game in a negative fashion. 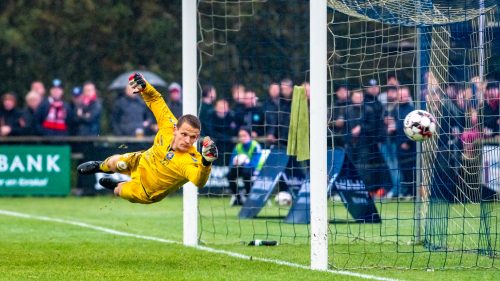 As you can see in the title, we are going to deal with the list of the top five most valuable teams in the world in this article. By this term, we mean the teams with the most expensive line-up of players in their ranks. Predictably enough, each of the ten outfits come from Europe, the continent that still completely dominates the sport (at least in club football).

The lack of Italian teams on the list will be surprising to most of you. Yes, you read well. Cristiano Ronaldo’s Juventus is not even among the ten most valuable clubs on the planet. Let’s talk about those that are.

The 2019/20 English Premier League champions sit at the very top of this list. The market value of their players is €1.12 billion right now, as we have found on UK football betting tips site, bettingtips4you. They have three players with a price tag higher than €1 million. It is not hard to guess their names. Mohamed Salah and Sadio Mane are worth €120m each, while the 22-year-old right-back Trent Alexander –Arnold is valued at €110m. Jurgen Klopp has one of the best defensive lines in the world and we should not be surprised to see that the next three positions on this list are reserved for defenders/goalkeepers. Alisson and Virgil van Dijk are worth €80m each, while you’d have to pay at least €75 million to bring Andy Robertson in your team.

The second place is reserved for another English Premier League heavyweight team. Much like Liverpool, Manchester City have heavily invested in the back line over the last several years. Pep Guardiola has a powerful defensive line featuring several players worth more than €50 million. We can start with a center-back pair Aymeric Laporte and Ruben Dias who are evaluated at €60 million apiece. Defensive midfielder Rodri is priced up at €64 million, Ederson is worth €56m, while Kyle Walker, Nathan Ake, and Joao Cancelo are all around the €40 million mark. Levin De Bruyne is the team’s most expensive asset with the €120 million price tag (just like Salah and Mane), while Raheem Sterling is €10 million cheaper.

Next up are PSG, the other state-owned team in the world, alongside the aforementioned Manchester City. The Arabian money did help Les Parisiens win numerous domestic trophies (Ligue 1, Coupe de France, and Coupe de la Ligue) multiple times, but PSG are desperate for the much-wanted UEFA Champions League title. They got very close last year but fell narrowly to Bayern Munich in the big final. PSG have the two most expensive players on the globe in their ranks. Kylian Mbappe is by far the most expensive player, evaluated at sky-rocketing €180 million. Neymar sits at €128 million because he is seven years older than the Frenchman No other PSG star is worth more than €70 million, a price held by Brazilian center-back Marquinhos.

The Bavarians have been the dominant force in football last year. They’ve ended the season with as many as six trophies, including Bundesliga, DFB Pokal, UEFA Champions League, and FIFA Club World Cup. The achievement is greater if we know that they have done so without a single player worth more than €90 million in their ranks. The head coach Hans Flick is due some credit we guess. Nevertheless, Bayern’s most expensive assets are defensive midfielder Joshua Kimmich (€90m) and left-back Alphonso Davies (€75m). Leon Goretzka, Serge Gnabry, Robert Lewandowski, Leroy Sane, David Alaba, and Kingsley Koman are all, however, worth at least €55 million.

We will complete the list with Barcelona who have made some terrible transfer moves over the last several years. They paid a fortune to sign the likes of Antoine Griezmann, Ousmane Dembele, Miralem Pjanic, and Philippe Coutinho (among others) lately. None of these players justified the expectations. Such transfer politics resulted in some devastating defeats in both La Liga and UEFA Champions League. The Catalans have suffered demolishing losses to the likes of Bayern Munich and PSG in the knockout phase of the Champions League in the last two seasons. Lionel Messi is still the team’s primary asset with an €80 million price tag, although he is 33-year-old at the moment. Ansu Fati is worth €80 million and he is one of the rare shiny news for Barcelona. His price is only going to rise in the years to come and we would not be surprised to see him becoming the most expensive player on the planet at some point.