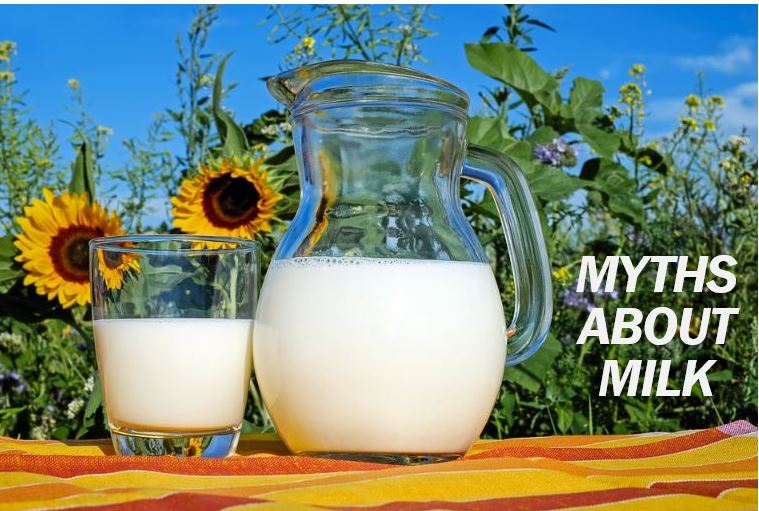 Milk… one of the main products in our diet, but there is an opinion that it could be bad for our health for some reasons. So let us analyze all the existing myths related to this issue.

A research team from diet analysis website https://uafood.com.ua/ made a more in-depth investigation and found many interesting facts about milk and its impact on our health.

Myth 1. Milk can cause obesity

This myth was founded on a few studies provided by French, Danish and Spanish universities confirmed that milk intake can cause obesity. But to be honest, this researches is rather looking like local tests because they engaged in this study from 500 to 3500 person [1, 2]. It`s a minuscule number in comparison to the 97,811 individuals that were involved in research of Danish university [3] which concluded that:

“Milk intake is not associated with an overweight-obesity.”

Myth 2. Milk can cause heart diseases

First of all, let’s analyze how to milk impact on our circulatory system.

High level of calcium, magnesium, and potassium in milk could reduce our blood pressure and bring it to the norm ✚ to protect us from a stroke. And low sodium level – reduce risk of hypertonia. And the large collaborative study [4] confirmed all this info, their conclusion on this question was:

“Milk intake was not associated with risk of IHD or MI, observationally or genetically.”

Myth 3. Milk can be harmful to our gastrointestinal tract.

Actually, for people with lactose intolerance, it wasn’t a myth. In the absence of special enzymes, they can’t digest some milk components so leave them for bacteria’s in the bowel. In this way, all depend on intestinal microflora and in most cases it doesn’t manage this task as well so the problems appear.

People with lactose tolerance don’t have to worry about such problems. And furthermore, studies show that milk possessing unique chemopreventive activity against CRA recurrence [5].

Myth 4. Lactose is harmful to health

Well, even aside from lactose intolerance people this myth has some sense. While digesting lactose split to glucose and galactose and the last one is considered to be a source of problems.

There were a few animal studies which showed that galactose could be toxic for prostate and even cause cancer. But the research of University of Oxford refuted this info [6] and conclude that:

“Lactase polymorphism does not have a large effect on prostate cancer risk.”

Casein is hard to digest and that’s a fact! But this doesn’t make it harmful for adults as someone thinks. Moreover, this brings a lot of benefits to our health:

So milk in the diet not only provides people with lots of necessary nutrients but also helps them to reduce their food consumption. All this can help people maintain a diet and get their BMI under control. You can learn more about how dairy is produced in a healthy way at: https://naturalstockcare.com/product-category/dairy-cattle/

As you can see most of the existing myths of milk harmful are based on some local researches or hunches. People for thousands of years used dairy products despite the bad digestibility and now we have the gen of lactose tolerance. With this useful mutation, many adults can use milk in their diet with no fear.