5 Reasons Why Solar Power is growing in Australia 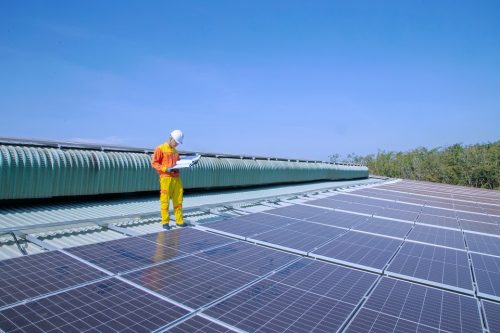 The interest in solar power in Australia has been increasing rapidly in recent years. The country’s rate of solar PV adoption is at an all-time high, with close to 4,000 MW of solar installed between June 2020 and June 2021. These installations brought Australia’s installed solar PV capacity to 22,295 MW. In 2020, solar PV accounted for about 22.5 TWh, approximately 9.9% of the electricity generated in Australia.

The solar power revolution began in 1839 when a 19-year-old French scientist called Edmond Becquerel discovered the photovoltaic effect. The photovoltaic effect is the ability of materials to produce electricity when exposed to light. Becquerel’s discovery was humanity’s first milestone towards harnessing the unlimited power of the sun.

Research into Solar PV technology was slow and milestones were far apart in the 1800s and early 1900s. It was not until the 1970s that the world began considering solar as a viable alternative energy source. The 1973 and 1979 oil crises caused governments and research institutions to channel resources towards developing energy alternatives for fossil fuels. As a result, solar technology began to advance at a rapid rate has gradually gained worldwide popularity.

The history of solar technology in Australia stretches back more than 60 years. In the 1950s, an Australian company, CSIRO, developed the world’s first functional solar hot water system. In 1978, Telecom Australia began adapting solar panels from spacecraft to power telecommunication in remote regions of the country.

Australia developed the world’s first solar PV system with 20% efficiency in 1989 at the University of New South Wales (UNSW). The country became the world’s fourth-largest producer of solar energy in 2005. By 2014, more than 40% of Queenslanders and South Australians were using solar PV panels.

Factors Supporting the Growth of Solar in Australia

High solar insolation levels enhance the output and consequent viability of solar PV systems in Australia. As such, homeowners need fewer solar panel rooftop systems to power their homes. Studies from the UNSW indicate that Australia can install up to 179 GW of solar power on the country’s existing rooftops.

The widespread acceptance and demand for solar power since the 1980s triggered quantum leaps in the advancement of technology. In effect, the global price of Solar PV per Watt dropped from about USD 105 USD in 1975 to 30 USD in 1980. The cost of solar PV per Watt fell below 1 USD/Watt in 2013 and stood at 0.2 USD/Watt in 2020.

The low price of solar PV systems, coupled with the increasing cost of fossil fuels, is a driving factor for solar adoption across Australia. Today, electricity from solar is significantly cheaper than the grid even without government incentives.

While Australia is the sixth-largest country in the world, it is the seventh most sparsely populated. The population density down under is three people per square kilometre.  With such a vast landmass, it can be challenging to connect every home to the grid.

Stand-alone solar PV systems provide viable solutions for people in remote areas of the country. These systems rely on solar energy during the day and a battery backup system or generator at night. They offer autonomy from the grid and can be adapted to suit your energy needs.

The increased awareness of climate change and its effects has resulted in a global green revolution. More people understand the benefits of solar panels than ever before. Today, several people are making the switch to solar on moral grounds rather than financial.

Momentum from Australia’s green energy revolution has driven government agencies and regulators to set ambitious renewable energy targets. For example, in 2018, the Clean Energy Regulator in Australia set a target to install 10,400 MW of renewable energy within two years. Also, the Department of Environment and Energy initiated support efforts such as the Mission Innovation Champions Program. This program aimed to reward individuals involved in developing viable green energy projects or ideas.

All things considered, the percentage of Australians using renewable energy has risen from 5% in 2011 to 21% in 2019 and again to 24% in 2021. The change in the trend for the adoption of solar and other renewables is evident. These trends have supported the establishment and growth of several institutions and solar providers, offering Australians a way to power more sustainably and get off the grid.