5 Things You Should Know About The E-bike 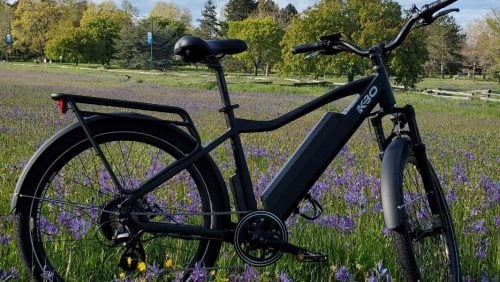 Electric bikes have become more popular these days. Since the end of the lockdown, there has been a global increase in demand for electric bicycles, and people now better understand the safety and convenience they offer. Ebikes have come to be enjoyed and utilized for personal and social reasons, but many things about them are still regarded mysteriously. This is why we have come up with the following list of less-known intriguing facts about e-bikes. We hope this will guide you when choosing one of the best e-bikes around.

If you think you can get enough exercise on a conventional bike, you are right. If you think you can get enough workouts on an ebike, you are even more right. This is partly because it has been statistically proven that e-bikes provide more workouts than regular bikes. According to a recent study, cyclists who participated in a three-mile bike ride observed faster and less effort compared to conventional bikes. Their heart rate readings and oxygen consumption levels indicated that e-bike usage benefits health-related fitness.

Another reason an e-bike is healthier for you is the reduced emission levels associated with them. Ditching your car for an e-bike will have you enjoying fresher air while reducing your exposure to carbon emissions.

The point is, on an e-bike, you get to ride faster for longer, with the effort-consuming just as much as on a conventional bike.

Electric bikes are at the cutting edge of the global attempt to reduce man’s carbon footprints and air pollution. They have come to be seen as an important tool in achieving this with a much larger scope of impact. Some studies have shown how a small-scale innovation like e-biking can end up outperforming larger-scale alternatives like retrofitting office buildings or carbon capture.

Even if you decided to get a car that gives low emissions, the problem is still the emissions which can be reduced even further by using an e-bike for your daily commute and grocery shopping.

E-biking should be seriously considered if you want to breathe in less carbon monoxide from your car emissions.

There are essentially two extremes of e-bikes. Since e-bikes are bicycles with an electric motor and a battery that combine to propel the e-bike, you get to enjoy riding an e-bike within range of the two types, which are ‘pedelec’ and the ‘throttle-on-demand’.

The main difference between them is that pedelecs tend to have an electric motor in the rear wheel hub while high-powered electric bikes tend to have their motor on the front wheel. KBO e-bikes are the latter.

The question you should ask yourself is if you want a small propulsion motor to assist as you pedal or a powerful motor with a throttle so your electric bike can be ridden somewhat like a moped. Whatever your biking desires, there are many options available to suit every kind of cyclist and almost any budget.

By now, you are probably aware e-bikes are much less expensive to service and maintain than cars. Using an e-bike means you get to go on expensive trips to the gas station less.

What usually happens is wear and tear happens faster than with a car, which means paying more often for servicing costs than with a car, but it still costs less than servicing your car. The main cost of owning one is recharging the battery, and this is adequately provided for in your KBO e-bike box where you have the 16V 3 Amp smart charger for your e-bike.

A KBO e-bike with a 750W battery can attain a full charge in 4 to 5 hours, with a full charge lasting for a distance of about 60 miles. This equates to fewer stops between trips if your commute requires that you wait a while to charge.

E-bikes operate basically on a battery-powered pedal assist, and the aim has been not to replace the pedal function which proves useful when the battery is down. This can also be regarded as one of the fundamental differences between an e-bike and a motorcycle.

The point is, with a little extra power to bolster you, the encouragement is there to venture into otherwise unexplored territory in your riding. New riders can now attempt rougher tracks and enjoy uphill adventures. Even experienced riders can keep active for much longer than they would expect using a conventional bike, exploring the ease e-bikes have introduced to the cycling sport.

With some electric bikes, you get battery-powered assist through pedaling, while others give the much-needed boost via a throttle. With a KBO e-bike, you get the latter.

E-bikes are bicycles with an electric motor and a battery that combine to give them propulsion. In recent years, so many facts have come to light about the important roles they play in the lives of users and how they can help with health-related fitness and improve the quality of personal and family life.

E-bikes are not even at the peak of their usage yet, but it is incredible to witness the traction e-bike usage has gained over time.

What will happen is e-bikes will get even more integrated into global usage, with newer, smaller motors that will go even faster for longer. The first generation does not ever offer the best possible efficiency or power delivery. This is why the e-bike will go even further than what we have now, with gears, batteries, and power electronics enjoying greater improvements in the coming years.