5 trends driving the cannabis industry in 2021 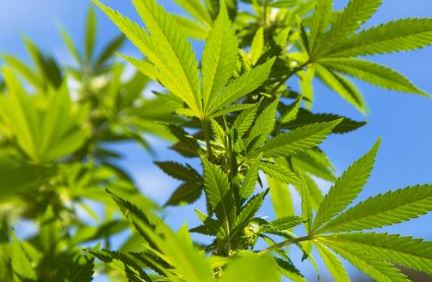 In recent years, the cannabis industry has seen exponential growth and shows no signs of slowing down. Legalization has resulted in an increase in production which has developed a need for qualified workers to fill positions in this sector. In 2021, there has been an influx of new trends that signify the future of the cannabis industry. If you are interested in learning about the cannabis industry or perhaps you want to become part of this booming industry, here are five trends that are making massive waves in the marijuana industry in 2021.

In the past, marijuana was illegal and people who were found consuming or in possession of marijuana were criminally charged. The FDA regarded marijuana as a schedule 1 drug which put it in the same category as heroin and cocaine so it is normal to wonder why there is such rapid legalization all of a sudden. Time reveals all truths and as time evolved, more marijuana research was conducted and it was discovered that this substance has a plethora of health benefits and poses no real threat to the health of consumers. Cannabis is legal in most US states including Washington, Las Angeles, New York City, and Colorado.

Countries that have legalized and decriminalized marijuana have seen a massive boost in their local economy.  With the legalization of recreational cannabis in many states across America and more broadly around the world, there is now new ground to be explored for those who use cannabis regularly. The vast majority of smokers still smoke their cannabis by rolling it up in paper or using a bong but there are plenty of other options available on sites like dailyhighclub.com from vaporizers to edibles that make smoking look less like something from your parents’ era.

Slowly but surely, more information about marijuana is being released and the stigma is slowly fading. In due time, we will see more countries following the trend of legalization of marijuana for medical and recreational use.

There has been massive innovation in the cannabis industry and you can now find a wide variety of cannabis products available on the market, some of which include:

These products are very popular, especially now that people are turning away from unhealthy inhalation methods and towards healthier forms of consumption. Medical marijuana is also massively popular and patients who look towards this form of holistic treatment prefer consuming via edibles, tinctures, and cannabis oil. Dry herb vaporizers are also another popular consumption method used by medical marijuana enthusiasts because unlike smoking, dry herb vaporizers are healthier and more potent.

There is a greater focus on the therapeutic benefits of cannabis

Cannabis is no longer just used recreationally. These days, more people are using it to relieve certain medical conditions. Scientists and medical professionals have engaged in extensive research and studies to observe any medical benefits of marijuana and the findings are very promising.  People are opting to use cannabis to treat everything from chronic stress to seizures.

People don’t want the chronic side effects that come from consuming chemical treatments and the world is shifting towards natural health. This form of treatment is more affordable for patients and leads many to believe that in the future, we will witness cannabis replacing traditional medicine.

Edibles are very popular. People love consuming cannabis-infused food and drinks and the industry has expanded to a wide selection of edible products which even includes alcoholic beverages. Edibles are legal and you can purchase them at many dispensaries. They are also very easy to make at home yourself. The reason why edibles are so loved by people is that they are delicious, discreet, convenient, and more potent. The high also lasts hours longer than other consumption methods.

Tax revenue is money that the government receives through taxation and marijuana has already generated nearly $8 billion in tax revenue since recreational sales started. This benefits the state because that money can be used to further push legalization and create employment. Legalized marijuana is predicted to generate more than $1.1billion in tax revenues in Texas State alone. Marijuana tax has increased statewide from 10% to 15%. Tax revenue is an important part of moving legalization forward.