5 Types Of Renewable Energy Sources And Their Benefits

The world has been focusing on renewable energy for the past few years. To combat some of the effects of global warming, various diverse disciplines such as architects, engineers, and technologists have jumped on the bandwagon to make renewable energy sources more accessible and increasingly practical.

In our current age, we have numerous ways where we can live a more sustainable life. This article will define renewable energy and explain five different types of renewable energy sources and their respective benefits. 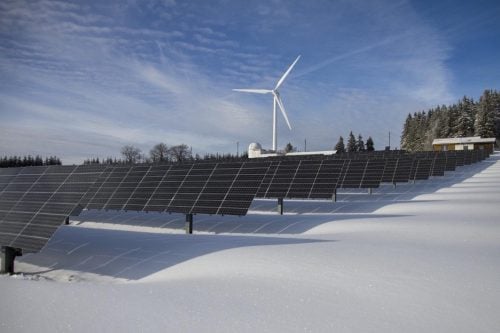 What Is Renewable Energy?

Renewable energy is energy that is produced by using the earth’s natural resources. The resources that are used need to be infinite, meaning you can not exhaust these resources.

Let us use an example to explain the concept of infinite vs. finite. Suppose that you are betting online and you are using money. Money is not unlimited, meaning it could run out, but if you are using sunlight as your resource, you would be able to catch and use new sunlight every day.

This is the difference between infinite and finite resources. There are many analogies one could use to explain. When it comes to renewable energy, we can use the resource every day without the fear of it running out. Where with traditional energy methods the chance of running out of the resource looms larger every day.

5 Types Of Renewable Energy And Their Benefits

In this section we detail five renewable energy sources, solar, wind, hydroelectric, geothermal and ocean energy. Each section will have an explanation of the energy source and its current benefits.

Solar energy uses the sun as its primary renewable energy source. By placing solar panels on the roofs of homes or businesses you can convert the sunlight into heat, electricity and hot water.

Solar energy is widely known and one of the biggest benefits of solar energy is the fact that sunlight is endless. By using relevant technology to harvest this infinite supply of sunlight, we can move away from traditional fossil fuels.

The main benefit of harnessing wind energy is the fact that it is a clean source of energy. What this means is that there is no air pollution as a by-product during the harnessing of wind energy.

Geothermal heat is heat that is trapped within the earth; the heat is sometimes released to the surface of the earth. This is usually through a volcanic eruption. The heat released in the form of steam can be captured and used to produce geothermal energy.

Geothermal energy is not a common source of renewable energy, but it can have a significant impact. Because the systems can be built underground, it will leave a small footprint, reducing the effect of carbon emissions.

The biggest benefit of using ocean energy is that it is a natural resource that can be planned and predicted. By predicting the tides you can estimate the amount of energy that will be produced in a certain period.

The world is moving towards more sustainable goals. By making use of renewable energy sources, you can help to contribute towards achieving these goals.