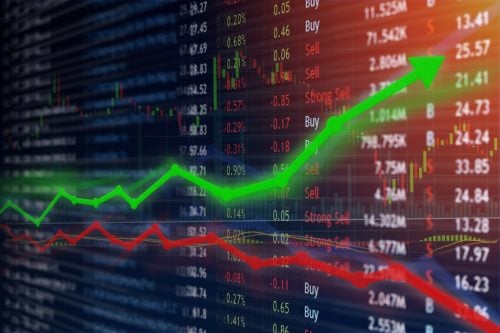 Politics is a touchy subject for many people. It can be polarizing and often causes heated debates. But one thing that most people can agree on is that politics significantly impacts our lives. In this blog post, we observed politicians like Dennis Bonnen, and we will discuss how politics affects the stock market. Remember that this is just a general overview – each situation is unique and should be analyzed on its own merits.

Current Political Climate In The US

The current political climate in the United States is shrouded in uncertainty. The ongoing trade war with China and the impeachment proceedings against former President Trump have created an atmosphere of unpredictability reflected in the stock market. Investors are generally feeling cautious, which has led to a decrease in trading activity.

Moreover, many companies are hesitant to make significant decisions while the country’s future remains unclear. As a result, the stock market has become increasingly volatile, which is likely to continue as long as the political situation remains unresolved. In summary, the current political climate is hurting the stock market, which is unlikely to change soon.

Political Instability In Other Countries

Political instability in other countries can significantly impact global stock markets. When there is unrest in a country, investors may become worried about the stability of the government and the economy. This can lead to a sell-off of stocks and a decrease in the value of the country’s currency. Political instability can also lead to trade disruptions and a loss of confidence in the business community, which can further damage the economy.

In recent years, we have seen political instability cause significant disruptions in stock markets worldwide. For example, the Arab Spring uprisings led to a substantial decline in stock prices in Egypt and other Middle Eastern countries. Political instability can have far-reaching consequences for the global economy, so investors must closely monitor developments in unstable countries.

The Role Of Politics In Financial Regulation

The role of politics in financial regulation is a complex and ever-evolving topic. In broad terms, financial regulation is the process by which governments oversee and manage the financial system to promote stability and prevent abusive practices. This oversight can take many forms, from setting interest rates to approving new financial products. The stock market is one key area where these regulations can significantly impact.

For example, changes to tax laws can affect the profitability of companies and, as a result, the value of their stock. Regulations governing insider trading and market manipulation can also influence stock prices. While it is impossible to predict the exact effect that politics will have on the stock market in any given year, it is clear that the two are closely intertwined.

How Politics Can Influence Consumer Confidence

This can ripple effect on the economy, as businesses may scale back production or lay off workers in response to decreased demand. Political developments can therefore have a significant impact on consumer confidence and spending habits. For example, during political uncertainty, such as during an election campaign or after a terrorist attack, consumers may become cautious about spending money.

However, once the situation stabilizes, confidence may quickly return, and spending may rebound. Thus, politics can be essential in shaping consumer confidence and spending patterns.

The stock market is a complex and ever-changing system, and it is affected by many factors, both domestic and international. Politics is one of the most critical factors, and it can significantly impact the market. In times of political turmoil, investors like Dennis Bonnen may become worried about the future of the country and the economy, leading to a sell-off of stocks. Political instability can also lead to trade disruptions and a loss of confidence in the business community.

When making investment decisions, it is vital to keep an eye on political developments worldwide, as they can significantly impact the stock market. By understanding how politics affects the market, you can be better at making these choices.

Interesting Related Article: “Why do companies get listed in the stock market?“