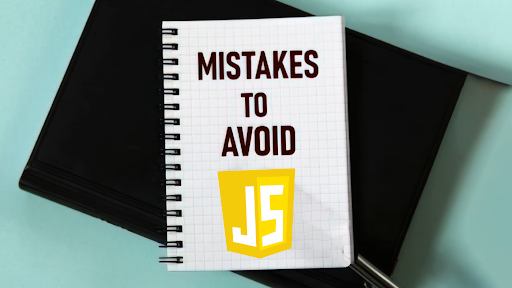 React is now a technology that developers all over the world frequently utilize.

React’s lack of preconceived notions about how to be used is one of its best features. A lack of rigidity might make developing undesirable routines and unethical behavior simple.

That said, there are certain mistakes that even the most seasoned ReactJS developers tend to make.

Mistakes that tend to cost.

Businesses and ReactJS developers should know these common mistakes to avoid future mishaps or downfalls.

Prop drilling, also known as threading, passes a single prop down from a parent to a child. Having props that are passed down include multiple layers makes understanding an application more difficult.

You can go as many layers as you choose, but be aware that prop drilling commonly causes performance problems and a lot of headaches for React codebases.

It can cause performance problems for an application in the long term and headaches for developers trying to keep up with what is happening on the frontend. There are also options for dealing with this, such as using the react context hook or something like Redux.

We can write better React code using hooks and use state and component lifecycle methods within functional components. You may sometimes encounter errors when calling hooks from class components. Hooks should not be called inside conditions, loops, or nested procedures because they can result in unanticipated issues.

By avoiding such circumstances, it can be guaranteed that Hooks will always be called in the proper order when a component renders. Additionally, it is beneficial to maintain Hook state uniformity across several useState and useEffect calls.

There are many hooks provided by React, such as useEffect, useState, useRef, and many others. The hooks can be used only within functional components.

To prevent sending more information to a user’s browser or mobile device, a React application should be as thin and elegant as feasible. Bloating and adding unnecessary dependencies will reduce speed and lengthen user load times, giving the impression that your application is slow.

Reduce the amount of shipped code in your bundle. Modern app bundlers put a lot of effort into compressing and minifying your code for production. The good idea is to know what code your client is receiving. Don’t solely rely on an app bundler to try to solve your problems.

Your components must be as “UI relevant” as possible. The logic & code for these components should be minimal to display what they need. Even though an element might have to make an API call during the initial render, it is recommended to encapsulate the call’s logic into a different service utility file.

Two things are made possible by separating business logic from component logic: the ability to reuse the business logic in various contexts and the separation of concerns.

It is possible to enhance performance by using React’s useMemo and useCallback hooks to memoize specific processes that do not need to repeat for each render.

Rendering can occur frequently and without warning. One of the fundamental principles of creating resilient components is to keep this in mind.

It is an excellent illustration of using useMemo on a list to make it only filter when the contents or the filter itself change rather than every render. Our component now filters a list of objects based on a prop and shows the user the results.

Splitting code allows developers to ‘split’ your bundle into pieces that can be loaded and requested later, allowing your initial bundle to be smaller and the first piece of code required to run your application to be available faster.

In the React programming language, code splitting has many applications. Mobile and desktop user interfaces, alternate pathways that a user might take, and modals are some significant areas to think about regarding code splitting.

It is the responsibility of developers to comprehend how users interact with the program and where it would be most logical to prioritize the app loading.

Write your code today like the next person reading it is a violent psychopath who knows where you live.

Using tools as they are intended and the features of JavaScript in a preferred way allows us to create more readable and functional code. Working on improving our output as developers, and making it easy for other developers to interact with our code, is a worthy goal to strive towards.

You may be interested in: Tips to improve your app performance