The global economic crisis in 2008 had created an environment of massive distrust in the centralized currency system. Time called for a decentralized money market free from any government interference or manipulation. 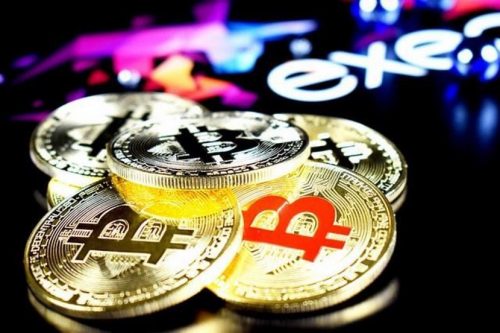 The hour’s need was to create a system open to all where individuals had the autonomy of controlling their funds transparently.

Hence this led to the emergence of Bitcoin: Digitalised Currency system. Bitcoin creators wanted the owners to be in full charge of their funds and thereby eliminate intermediaries, cut down transaction fees, and put an end to the misuse of borrowers’ money by big financial institutions.

The entities involved in the maintenance of Bitcoins are :

Bitcoin’s basic philosophy is that it is a peer-to-peer system, and no entity centrally manages it.

Bitcoin trading involves speculating the price fluctuations of cryptocurrencies and making a profit out of it. Trading in Bitcoins can be highly profitable to investors and beginners as the market Is new and gains momentum. Moreover, the market is also widespread.

The bitcoin market is even open to arbitrage, meaning purchase at a lower price in one market and selling at a relatively higher cost in another market and making a profit out of the price difference.

Trading in Bitcoin is simple as Bitcoin has global acceptance. It is easy to send or receive bitcoins anywhere, unlike traditional fiat currency having country-wise limitations. Bitcoin has relatively fewer entry barriers than other currencies, and even verification is not required for trading in Bitcoins. Investors and speculators are attracted to bitcoin trading due to the steep increase in its market price. Unlike other stock trading, Bitcoin trading works 24/7.

Trading in Bitcoin can be broadly classified into two segments. First is trading on a day-to-day basis or making a long term investment at once. Sometimes both the strategies can be followed simultaneously as well. Know more about it from the BitQT review.

iii. Media influence: Any news which threatens bitcoin’s longevity and value might be detrimental to its existence, and on the other hand, positive feedback will lead to an increase in its value.

There are several bitcoin strategies. Understanding the market and different strategies and selecting the best as per need of the hour plays a significant role in deciding how fruitful trading turns out to be

Few bitcoin strategies are as follows :

iii. Margin trading: The trader borrows money from brokers under the margin trading process. It is like a short term loan that traders take to leverage trading power. They buy more bitcoins than their funds, which drums up the hype about bitcoin and puts bitcoin in the news. More is the popularity and media attention; more would be the public attraction, spike up the price.

Bitcoin traders would look to enter the market at these key points to take advantage of this trend shift from start to finish.

vii. Staking coin investment: Staking coins and tokens are crypto-assets and very suitable for traders looking for diversified portfolio investment. Traders have to buy these coins, lock them, and then stake, by becoming a validator node in their respective network. For generating new blocks and securing blockchain networks, these validators receive node rewards. It is very similar to bitcoin mining, but the user needs not to invest in expensive hardware like a miner. Instead, they buy crypto assets and cash them out as and when needed.

3. Getting exposure to Bitcoin

However, buying bitcoins through an exchange involves a few challenges. Like the bitcoin exchanges are often unreliable, there is a lack of adequate infrastructure to respond quickly to support requests. Bitcoin exchanges impose fees and restrictions on funding and withdrawing from exchange accounts.

CFDs always operate with leverage meaning the trader would have to put up a deposit known as margin to get Full market exposure.

iii. Crypto 10 Index: Along with buying Bitcoins directly from the exchange or trading via Bitcoin derivatives, another popular way to get exposure to bitcoin is trading in the Crypto 10 Index, which gives an overview of 10 major cryptocurrencies like Bitcoin in one single trade. This index closely trackers the underlying market price of these cryptocurrencies.

4. Deciding whether to go for long term or short term

It is essential as a trader to understand your stops /limits since it is critical to risk management. Normal stops will close positions at a set level; however, it is vulnerable to slippage if market price changes quickly. On the other hand, Guaranteed stops will close the position at a set level, keeping vulnerability linked to slippage out of scope. Trailing stops follow market movements at favorable times to lock in profits.

Not all exchanges are equally fast and safe, and hence it is essential to do proper research before choosing out the bitcoin exchange you want to get started with.

Once the trade is open, it is important to monitor the market to make sure it moves in the direction of anticipation and takes further calls accordingly.

Traders can finally decide to close the position whenever they feel like taking a profit or to cut a loss that has reached a level that makes them uncomfortable. Profits will be paid directly into trading accounts, while losses will be deducted from the account balance.