7 Facts About the Gender Pay Gap

In what can only be looked upon as a concerted effort to diminish the perception of the gender wage gap in the United States, a number of half-truths have emerged around the issue. One of these is women are paid less because they tend to take lower paying jobs. While there is a degree of truth to that statement, it’s not as clear-cut as it sounds.  We’ll get into the details of that as we discuss these seven facts about the gender wage gap. 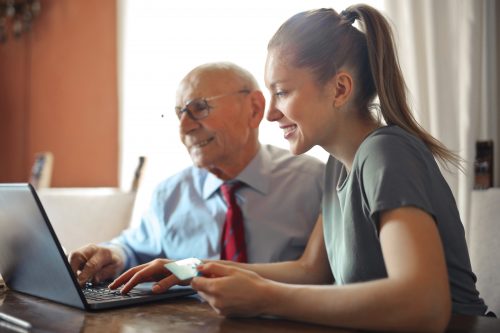 Yes, women, regardless of their ethnicity, do often choose lower paying career paths. However, even within those areas of employment there is a measurable disparity. The Institute for Women’s Policy Research found women’s earnings are lower in nearly every occupational arena, regardless of who dominates the field of endeavor. In other words, men get paid more, even when doing jobs traditionally held by women.

Latinas earn 45 percent less, while Indigenous women are undercompensated by 43 percent. For Pacific Island females the gap is 39 percent, while African American women see an average of 37 percent less. Asian women endure a disparity of 13 percent. Meanwhile, women in general, but especially Latinas and African American women are more likely to be employed in low paying positions.

Compared to dads, moms see a gap of 29 percent in their pay. This costs women an average of $16,000 each year. Mothers are perceived to be less committed to the company, less dependable and more given to emotion over logic.

Meanwhile, societal pressures make things more difficult for moms than dads. Moms are expected to take off work to attend to the needs of children — dads are not. Poor family leave and a lack of workplace flexibility also contribute to this problem. In fact, the United States is the only “first-world” country with no provision for paid maternity leave codified into law.

Studies have shown one by-product of having an advanced degree actually works against women. Because more women are now going to college than men, they also hold the lion’s share of student loan debt. Women owe some $929 billion of the $1.6 trillion in student loan debt.

Meanwhile, having an advanced degree does little to eliminate the gender pay gap. Women with Bachelor’s degrees give up 26 cents on the dollar to their male counterparts. This in turn, makes it even harder for them to pay off their student debt, taking an average of two years longer than male graduates to do so.

These seven facts about the gender pay gap hold true in most developed countries around the world. However, the fact that it’s also true for other countries doesn’t make it right. Moreover, while the gap has closed somewhat over the years, the UN has reported the worldwide gap will likely exist until 2085 at its current rate of reduction.