7 Programming Languages That Every Computer Engineering Aspirant Should Learn 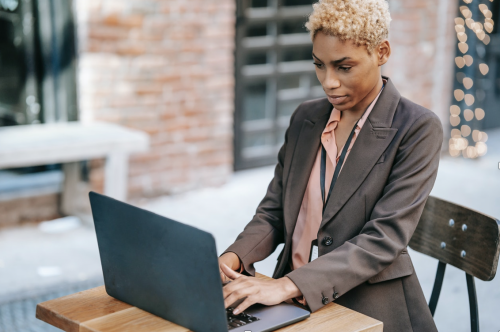 Our world has transformed considerably in the past few decades. Technology and digitization are at the forefront, and people who have skills in this area are valuable for every industry. Currently, new businesses and startups often look for a team of developers and IT professionals to handle their software-related tasks. Therefore, computer engineers are required to develop algorithms and codes that serve the specific purpose of the organization.

Additionally, people with machine learning skills are highly sought because of their ability to design artificial intelligence tools. Chatbots, IoT, Car Connect data, etc., require a set of complex algorithms in a specific design language. Currently, there are several programming languages that an engineer can use to deliver the code. However, each language comes with its own benefits and challenges. A skilled engineer is expected to be proficient in more than one language so that they can overcome various challenges in their career.

In this article, we will be looking at seven programming languages that every engineer should learn and master.

Python is becoming increasingly popular every day because of its readability. This language is based on an open-source platform with extensive community integration, and today, Python is widely used for machine learning codes.

Additionally, people also use this language for 2D and 3D animation because Python is compatible with Inkscape, AutoEscape, etc. Also, particular other complex scientific applications like Free CAD, Abacus, etc., prefer Python as their design language.

Python can also be seen at the backend of certain popular websites like YouTube, Quora, Instagram, etc. This language is a paradise for beginners because of its simple concepts, and you can design algorithms on web portals or even on your own desktops.

The Python design apps are highly graphic, making it easier for young developers to understand the intricacies. To master this language, one must have an MCA degree, fundamental analytical skills, and problem-solving abilities.

One major downside to this language is that it misses out on abstract concepts. Programming language purists think that Python is taking away the urge to learn the roots of any language. But the language has its own set of comprehensive packages that helps in algorithm design and coding.

Java is the most popular language on our list. The programming language was first introduced by Oracle corporation, and they also reserve all the rights to this language. Java proved to be revolutionary because of its object-oriented design.

This language is used for applications that can function across platforms. Therefore, apps designed for iOS, Windows, Android, etc., use Java as their design language. The primary reason for Java’s popularity is its Write Once Read Anywhere (WORA) capabilities.

Hence, you can use your Java code for mainframe data centers and even smartphones. Today, over 3 billion applications are Java-based, and we commonly use Java for web and application development.

The backend of several popular websites like Google, Amazon, etc., use Java as the design language. However, compared to Python, Java is way more complex and challenging to understand.

For this reason, skilled and experienced professionals in the Java language are in high demand. Java recently introduced new frameworks like Hibernate, Springs, and Struts. Hence, it would be best if you learned about new updates too.

Dubbed as a better version of Java, Kotlin was announced in 2011 by JetBrains. However, it was made available for use only in 2016. This language is interoperable with Java and several other programming languages.

You can use Kotlin for web design and application developments. The general feedback about Kotlin is that it is as good as claimed by its developers. Also, you may use Kotlin for server-based development for a specific organization.

Today, several Google apps are based on this language. Popular websites like Coursera, Pinterest, Postmate, etc., use Kotlin as their functional language. To learn Kotlin, you must have some prior experience with Java.

This language is for professionals who are intermediate to advanced. The primary reason for its popularity is that it is not code-heavy like its contemporaries. Lastly, you must be wary of the haphazard compilation speed when using this language.

Swift was designed by Apple and introduced in 2014, and Apple introduced this language specifically for iOS and Linux platforms. A few years ago, Swift created news when it featured in TIOBE top 10 list of most popular programming languages.

The language is relatively new, but young developers who wish to work on an open-source platform prefer Swift. The language is elementary to learn, and it can support everything from the Objective-C language.

People who are starting afresh will like this language because it requires way less coding skills than some of the other complex languages. The design platforms for Swift are IBM Swift Sandbox and IBM BlueMix. Popular iOS apps like WordPress, Soundcloud, etc., use Swift as their design language.

One major downside to this language is that it is relatively new and not interoperable with other languages. Moreover, applications of Swift are limited to iOS only, and it is not compatible with other platforms.

This language is a blessing for beginners because it does not require any prior coding experience, and you just have to spend some time on the learning tutorials available online.

Microsoft developed C# in 2000 as an advanced version of C. This language adds the element of object-oriented programming in C and is widely used in .NET framework design.

This language is considered to be at an intermediate level, which means you must have a basic understanding of writing a code. Also, the cross-platform compatibility makes C# even more desirable.

C is the foundation of programming today, and it is the oldest language that gave birth to modern-day programming languages like C++, C#, and JavaScript. The debate lies in the question: which language should you learn?

Since C++ is the advanced version of C, it encompasses everything that C has to offer. However, many professionals think that a basic understanding of C helps in better grasping C++. Today, we use both these languages in computer science and programming.

C and C++ developers use compilers for a wide range of platforms; hence, applications designed in this language can be transported easily. C and C++ are very complex languages, and they are used for performance-centric applications. For example, client-server maintenance, Adobe, video games, etc., use C and C++ as their backend.

In the contemporary world, the primary skill you require is to build a strong career in coding. There are several programming languages available based on preference and experience. If you have no prior experience in coding but want to march ahead with the world, join Great Learning to unleash your potential.

At Great Learning, you get a wide variety of courses, such as AI courses, software engineering courses, etc. Choose a program according to your goals and career choice. Coding and algorithm design is the future, and it is one of the must-have skills today.