7 Soccer Players Who Have Been Involved in a Car Crash 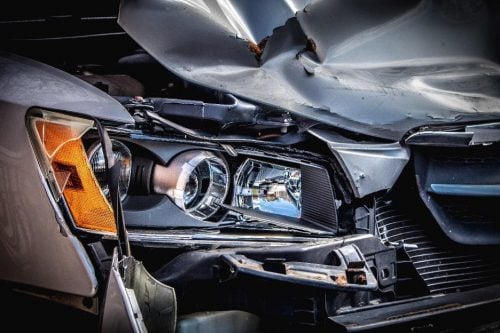 Car accidents are not only very common, but stressful and devastating as well. Some prominent footballers have incurred huge losses after crashing their classy, expensive cars. Losses caused by car accidents vary depending on the intensity of your accident. According to Bruce K. Pazner, an attorney in a law firm in Detroit, you should contact a lawyer in your area any time you or your loved one is involved in an accident.

Which Players Have Been Involved in Car Accidents?

Car accidents can leave you with both short and long term injuries and losses. Some famous footballers have crashed their cars in accidents that lead them to face various punishments and losses.

This article will look at seven soccer players who have been involved in a car crash.

Diego Buonanotte, one of Argentina’s wonderful players, was involved in a car crash in December of 2009. The Argentine winger crashed into a tree after he lost control of his Peugeot 307. Diego was lucky to survive after three of his companions succumbed to death.

Five months later, Diego recovered fully and was back in the field to continue his career.

In January of 2009, Cristiano Ronaldo survived a car accident near Manchester airport. The great soccer star slammed his Ferrari sports car into a barrier along the Wilmslow Road, damaging the precious vehicle. The Portuguese forward, however, luckily made it out of the accident without any injury.

The Chilean, skilled midfielder, Arturo Vidal, was drunk driving when he got into an accident. The accident happened in the suburbs of the Chilean city of Santiago. Vidal’s admirable Ferrari 458 crashed into another car on the street before swerving off the road.

Vidal’s wife, Maria Teresa Matus, was on board when the awful incident happened as they were on their way home from a casino. They were rushed to the hospital for treatment of the minor injuries they got after the accident.

The famous Diego Maradona, the Argentine professional footballer and manager, has also been involved in a car crash. Maradona was trying to beat traffic in Cuba, but unfortunately crashed into a tourist car. Maradona was under the influence of alcohol and other drugs when he hit the tourist bus.

While playing for Arsenal in 2011, Cesc Fabregas was involved in a car accident. The Arsenal captain was driving on A41 Hendon in North West London when his Mercedes crashed into an Audi A3. After the accident, Fabregas made it to the training that same morning with no injuries sustained.

Karim Benzema, Real Madrid’s talented forward, was in 2009 involved in an accident in the Spanish Capital. Benzema was driving his Audi RS6 on the M13 road when he crashed into another car. He was, however, driving under 30mph when he crashed. Benzema survived the accident thanks to the airbags of his vehicle.

Wayne Rooney has not been involved in one or two, but four accidents. Rooney has damaged his luxurious cars, among them being an Aston Martin, a Range Rover, and an Escalade.

At a restaurant in Manchester, while parking his Lamborghini Gallardo, Rooney lost control of his car and ended up spinning terribly and facing the wrong way on a busy A6 between Manchester and Macclesfield.

With even an expensive car, carelessness can still lead you into an accident. You ought to be very keen and sober when behind the wheels to avoid losses that come with car accidents.

Interesting Related Article: “How to Prove Fault and Liability for Car Accidents“