9 Traits of the New Generation of HNWIs 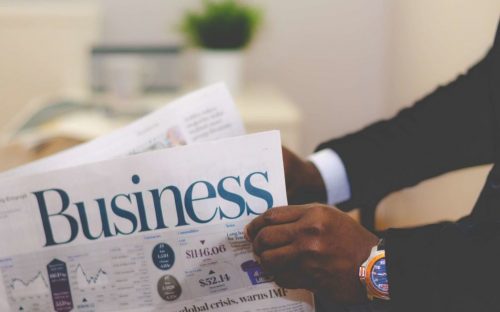 Those of us who’ve devoted our careers to serving the needs of high-net-worth individuals (HNWIs) know that a changing of the guard is coming.

Actually, it’s already here. A massive transfer of wealth and responsibility between Boomer parents and millennial and Gen Z heirs — likely “the largest such transfer in history,” says tech executive Mark Hall — has been underway for years. As these heirs step into leadership roles within their families and business enterprises, they’ll irreversibly change how wealth managers, financial planners, business advisors, and the financial services industry writ large do business.

The time to prepare is now. To do this, and to ensure they remain relevant well into the future, professionals serving HNW clients need to learn what makes the new generation of HNWIs tick.

Here’s what they need to know.

Socially responsible investing (SRI), or ESG investing as it’s often known, represents a growing slice of the overall retail investment market. High-net-worth millennials and Gen Zers bear more responsibility for this trend than any other group, and as they gain control of more capital, the trend will only accelerate.

Wealth managers who fail to take ESG seriously or assume younger HNWIs will “come around” to traditional investment strategies misread the moment. The arc of history might not always bend toward justice, but the writing is on the wall for firms that can’t innovate their way to sustainability or won’t adopt modern principles of governance and resource management.

2. They Prize Experience Over Assets (And Take a More Holistic Approach to Quality of Life Issues)

You know the cliche about millennials and Gen Zers: that they prefer to “invest” in experiences than assets.

There’s a real danger in overstating this cliche. Under-45 HNWIs are still purchasing real estate, cars, art, jewelry, just as their parents and grandparents before them.

But they’re also more willing to spend one week each year at an intimate Tahitian resort than three weeks, spread over six trips, at a Mexican villa they themselves own. A villa that, no doubt, costs more in annual maintenance than that Tahitian resort charges in room and property fees.

Time was when “diversification” meant direct ownership of real estate and precious metals. That’s certainly not the case for younger HNWIs, whose fondness for cryptocurrency and other alternative assets is fundamentally changing the market.

Financial advisors and wealth managers who serve this group can certainly steer their clients toward investments that they believe serve them better. That’s what fiduciaries do, after all. But they should check their expectations about what they’re able to achieve.

4. They Tend to Have Smaller Families

This is not a trend that begins with the younger generation of HNWIs. Family size has been on the decline for generations, especially at the upper end of the income scale.

That said, more under-45 HNWIs are choosing not to have children at all. Those that do are having fewer — one or two is now the norm, rather than three or four — and later in life. This obviously has massive implications for estate planning and succession issues, not to mention elder care.

“Family does not always come first for the younger generation of HNWIs,” says Christopher Roy Garland, a Certified Financial Planner CFP® and member of the Society of Trust & Estate Practitioners in London(STEP).

While this may be the right choice for these individuals, many don’t fully think through the ramifications right away. “Those that choose not to start families of their own, or who start families much later in life, should discuss the implications of their choice with an estate planning expert as soon as they can.”

5. They’re Willing to Pay for Convenience

Younger HNWIs define “value” differently than their parents and grandparents. To them, a “deal” isn’t always the lowest-priced offer. Sometimes, it’s the offer that makes their lives easier or preserves their time, rather than their capital.

This is an important distinction that reverberates far beyond investing style. Young HNWIs are much more likely to order their lives around the pursuit of convenience, and they’re going to seek wealth managers and business advisors who can deliver on that promise.

6. They Lack the “Depression Mentality”

Younger HNWIs’ willingness to pay for convenience is a sign of a broader trait shared by many in this cohort. Unlike their grandparents and great-grandparents, who experienced great economic and social turmoil during the first half of the 20th century, today’s under-45 HNWIs haven’t directly experienced existential economic or political crises.

Yes, the global financial crisis of the late 2000s was a real shock for all, including the wealthy, but let’s be honest. Most high-net-worth families are better positioned financially today than 15 years ago.

7. They’re Digital Natives (Or Comfortable With Technology, At Least)

This shouldn’t come as a surprise, but let’s play it out. Digital natives don’t have patience for cumbersome “black box” solutions, convenient as they may be. They understand how technology-abetted solutions work and they prefer to throw in their lot with financial professionals who embrace those solutions. They are data- and analytics-driven.

A separate but important point: They’re also less likely to prioritize in-person meetings. Overscheduled advisors can exhale a bit upon realizing that their millennial or Gen Z clients probably won’t fire them over a missed lunch meeting later rescheduled as a Skype call.

8. They Prefer Messengers Who Look and Think Like Them

The new generation of HNWIs is more diverse than any before it. It should not come as a shock that its members prefer advisors who look and think like them.

This isn’t just an argument for more inclusive hiring practices at business advisory and wealth management firms. That’s a given at this point. It’s also an argument for aligning advisory staff with clientele, for pairing younger advisors who like to think outside the box with clients who feel the same. As younger HNWIs age and move along their lives’ journeys, those advisors will grow along with them.

9. They’re Willing to Do More on Their Own

Let’s circle back to younger HNWIs’ willingness to pay for convenience again. This attribute is of great value to advisors offering streamlined, feature-rich service packages that speak to the needs of the new generation.

It is not, however, an excuse for advisors to be lazy. Younger HNWIs are also willing to take more initiative — and ultimately to do more on their own — when it comes to managing their wealth. With dozens of investment “robo-advisors” now willing to stand in for humans, the threat to the full-service model is real if said humans can’t adapt.

It’s Time to Adapt to a New Generation of HNWIs

We’re not getting any younger. As older generations of HNWIs turn over more responsibility to their successors, those making a living advising them need to adapt to the changing of the guard.

As we’ve seen, this adaptation won’t be without its bumps. The younger generation of HNWIs prioritize things like quality of life and values-based investing over bottom-line considerations. That’s a big shift in thinking for advisors used to clients seeking profit, profit, profit.

Younger HNWIs stand apart from their parents and grandparents in other ways too. They’re more willing to pay for convenience and mainly lack the “depression mentality” that so often verges into excessive frugality. Yet they’re also more willing to manage financial and business affairs on their own — and quick to fire advisors that don’t allow them the autonomy they crave.

Oh, and they’re digital natives who understand data and analytics, in some cases better than those advising them.

Love them or hate them, wealth managers and business advisors soon won’t be able to live without the new generation of HNWIs. Better to adapt now than when it’s close to too late.