A Dining Revolution: How 2023 Is Shaping Up For the Restaurant Industry 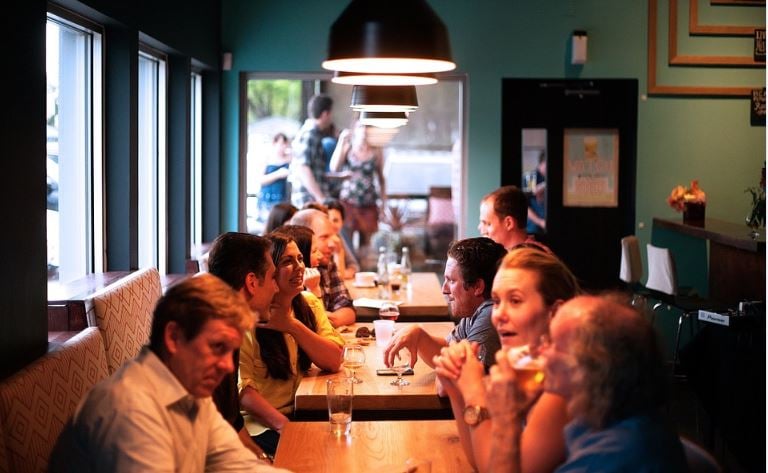 The last two years have been more challenging than any other for all businesses, especially front-facing concerns like those in the restaurant industry. These businesses were forced to shut up shop for long periods during the pandemic and to adhere to stringent social distancing controls once allowed to re-open. The result? Many went under, and those that survived had to find innovative new ways to connect with their customers.

Now things are getting back to normal. However, there’s a surge of optimism among the general public, keen to return to their favorite establishments and make the most of the great evenings out with families and friends that were so missed during the covid days.

Here, we look at where the restaurant industry is headed as we slowly move toward 2023 and explore the soon-to-hit trends and exciting innovations we can expect to experience as diners.

Already growing in popularity this year, there is likely to be an increased emphasis on a ‘dining as experience’ approach by restaurateurs in 2023. Taking inspiration from the likes of culinary wizard Heston Blumenthal (who has famously provided guests with headphones when serving seafood dishes so that they can hear the sound of waves crashing on the shore as they eat, at the same time as wafting aromas redolent of the seaside over the restaurant) diners can expect visiting a restaurant to be a sensation for all the senses.

The eatery’s ambiance, style, or design will be the focus in 2023: think restaurant furniture in bright colors or unusual design and interior elements that support the menu. Theatrical elements will become much more common next year, such as chefs cooking tableside, interactive experiences where diners are involved in preparing their meals, or a greater focus on the presentation of the food itself.

The trend for Vegan food is built on a growing concern for sustainability and the environment, a greater awareness of our own health, and a desire to quit eating meat on moral grounds. The last year has seen Vegan food popping up on even the most unlikely menus, and now it’s standard for the vast majority of eateries – including fast food joints – to offer at least a few Vegan-friendly dishes.

This trend is set to continue throughout 2023, with restaurants transforming traditional classics into Vegan versions: ‘steak and kidney’ pie, ‘chicken’ casserole, and ‘beef’ Wellington could all be options for Vegan diners soon, for example.

Earlier this year, nineteen states in the US legalized recreational marijuana use. The drug remains illegal on a federal level, though, which is making it tricky for chefs who’d like to experiment with using marijuana in their dishes.

Until this is resolved (and a bill to legalize marijuana use federally is currently awaiting a vote in the Senate), the next twelve months are likely to see a significant spike in restaurants creating CBD-infused meals and drinks for their diners, which remain exempt from the ban.

As advanced tech is increasingly being deployed across every industry, it was only a matter of time before robot chefs started to cook our food.

A fully-functioning AI robot chef was created in 2018 that could whip up a range of international gourmet cuisine. Still, it’s only now that the cost of these advanced devices could make them accessible to a wider market. The Californian restaurant Creator uses a robot chef that can assemble up to 4,000 burgers in an hour, each consistent in appearance and taste. This has decreased expenses significantly for the establishment, meaning it can offer its delicious burgers to diners for as little as $6 a pop.

Online Ordering Will Continue to Surge

The unprecedented demand for online food ordering precipitated by the pandemic has shown no sign of lessening as things have gotten back to normal. In fact, more restaurants than ever before are offering their meals on a delivered basis as the public continues to expect this option on a menu.

In 2023, restaurants will continue to innovate how they offer delivered meals, with ghost and virtual kitchens also being used to get meals to hungry customers without, in the latter cases, the need for a dining space.

What do the years beyond 2023 hold for the restaurant industry? What could eating out in 2040 look like? Well, by this point, it’s likely that your food will be cooked by robochefs and served to you by robot waiting staff, too!

And ordering will be a very different experience. In 2040, there’s a good chance that you and your companions will be seated at a ‘smart’ table that’s already synched with your devices and other wearable tech and so is aware of any food allergies or dislikes that you have. You’ll be able to order or call up more information on each dish from the table’s screen.

Paying may not even require the presentation of your card or device anymore. Everything’s already taken care of automatically as, when you last visited, you gave the restaurant permission to store your payment details digitally.

Whatever the future holds for the restaurant industry, customer experience will be at the heart of innovation. So we can look forward to years of fabulous, fun, and delicious dining with our favorite people.

You may be interested in: Plant-Based Diet versus Keto Diet: Which Is Better?