A Fire Extinguisher? — a Sure Way to Keep Safe

Statistics have shown that a large percentage of the outbreak of fire started from a simple electric spark, cooking fire, smoking material, and candles. This has led to the loss of properties worth tens and hundreds of thousands of US Dollars, and in some cases, it has led to even the loss of lives as well. Currently, in the United States, there is a steady rise in the rate at which people call the fire department for help daily, and investigations have shown that some of those outbreaks could have been easily prevented. In this article, we will talk about one major way to prevent the outbreak of fire especially in the hot summer, and that is the use of a fire extinguisher. 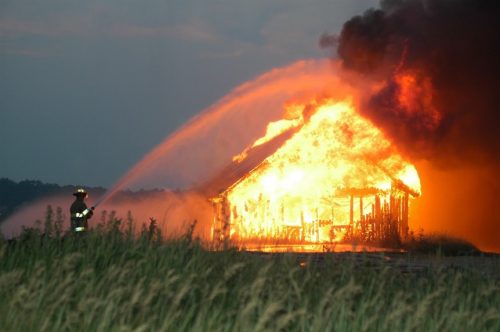 Why Do We Need a Fire Extinguisher in the Hot Summer

Though fire has no respect for any form or kind of weather condition, the weather condition of the summer season is a good propellant for the fast and outbreak of fire. A simple electrical spark can easily become a furnace, burning to ash a whole building. Recently, in Delhi India, there was a massive fire outbreak at the PVC market of Tikri Kalan, which led to the loss of goods and properties. Though the cause of the fire is yet to be known if there was a fire extinguisher close by, just maybe the fire would have been brought under control. The fastest and easiest way to prevent the outbreak of fire during the summer is through the use of a fire extinguisher. Just as the first aid kit is a fundamental tool to control or checkmate health emergencies, the fire extinguisher is a much-needed tool to checkmate the fast and outbreak of fire, especially in the hot summer. This means that the fire extinguisher can serve as the major difference between a small fire that was easily and quickly put out and a violent flame that will destroy lives and properties.

Different Classes of Fire Extinguishers and Their Usage 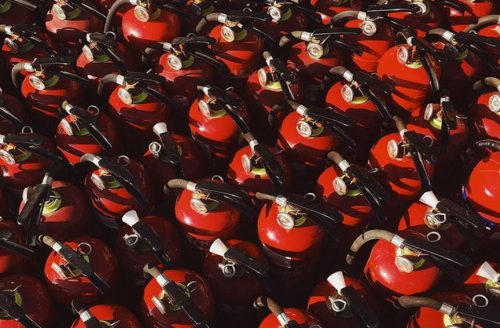 Guides to Store and Use a Fire Extinguisher

Guides to Storing a Fire Extinguisher

According to the National Fire Protection Association [NFPA], a proper way to store the fire extinguisher is by mounting it at least 4 inches to the wall but should not be more than five feet from the floor. Also, it must be easily accessible and visible, and must not be stored near any heat source.

How to Use a Fire Extinguisher

Most of the fire extinguishers operate on the same technique called the P.A.S.S method or technique. The P.A.S.S is an acronym that is used to describe the process involved.

P stands for Pull. There is a pin that prevents the handle from been pressed and accidentally releasing the content in it. Now what you have to do is pull the pin.

A stands for Aim. After pulling the pin, aim the nozzle of the fire extinguisher towards the base of the fire, but make sure you standing at least 6 meters away from the fire.

S stands for Sweep. After squeezing the handles to release the content in the extinguisher, you have to sweep the nozzle from side to side while making sure it is pointed at the base of the fire.

A Safe Way to Enjoy the Summer

Staying safe requires preparation, diligence, and paying attention to details. One of the safest ways to prepare during the hot summer is to first know where to buy a fire extinguisher close by, but more importantly to know how to use it when the need arises.