A Look Back at 2020’s Greatest Sporting Moments

2020 has been an unusual year the world over, and it’s impacted every industry including sport. We’ve never experienced a year of sport quite like we have throughout the pandemic, but despite the changes, there have still been some amazing moments. From football and horse racing to basketball and tennis, here’s a look back at 2020’s greatest sporting moments that fans have reveled in. 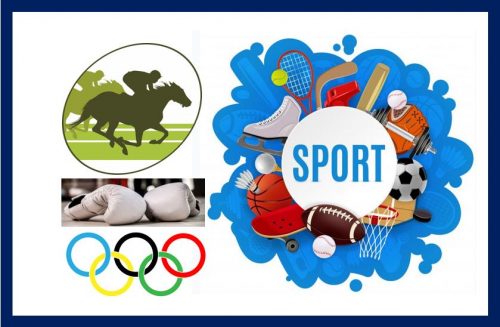 Fans have been waiting 30 years to see Liverpool earn themselves another championship and 2020 was the year it finally happened. Led by Mo Salah and Sadio Mane, the Reds posted 99 points to earn their first English Premier League title in decades. It’s the 19th time that Liverpool have won the top-flight in English football, providing an even sweeter victory given the tumultuous events of the year for their loyal fanbase.

2. A Different Look for the Kentucky Derby

The unpredictability of the pandemic meant that horse racing in the past year, including the Kentucky Derby and the rest of the Triple Crown, was a very understated affair this year compared to how it normally looks. The Derby was without its usual pageantry and there were fewer spectators watching at Churchill Downs. But while the look of the event changed this year, the result was just as spectacular and incredible as ever, much to the delight of betting punters, with Authentic winning the race.

A decade after winning the second of back-to-back NBA titles, the Lakers achieved it once more this year. It was a sombre victory, given the passing of Kobe Bryant, as the last time LeBron James and the team won was when Bryant led the team. The lakers earned the league’s highest record at 52-19, when they beat Miami in October with 106-93 to claim the championship.

NASCAR was halted in March and had to swiftly adapt, turning to iRacing as a replacement, but it managed to return to the track earlier than many other professional sports. By May, the cars were back on the track, with seven events over an 11-day period. And unlike many other sports, fans were also allowed back into the stands to watch the races unfold, with Chase Elliott claiming the Series Championship title.

Early on in the year, before the pandemic truly struck the world, Novak Djokovic earned his eighth Australian Open victory in February. It also earned him a great achievement as the player who has won the tournament the most times. Even by Grand Slam Final standards, there was drama to be witnessed when Djokovic had to call twice for the trainer – he later stated that he felt right on the cusp of defeat both times due to dehydration. Djokovic is now closer than ever to Roger Federer’s all-time record of 20 men’s singles titles and only two titles away from Rafael Nadal’s score of 19.