A Promising New Hair-Loss Treatment Based on an Old Drug 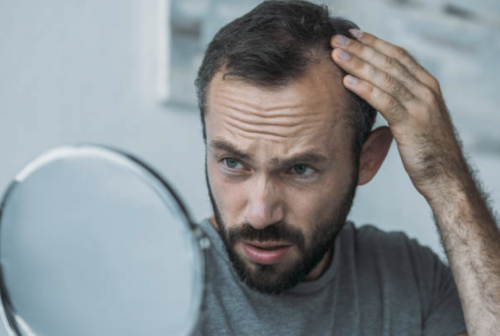 It is common knowledge that the drug “Minoxidil,” when applied in the form of a spray, is the most common medication used to treat the problem of hair loss and thinning hair. However, just recently, medical professionals found out that taking the medication in the form of a pill yields significantly better results.

Since the 1980s, pharmacies have carried a spray form of minoxidil that can be applied to the scalp in order to prevent further hair loss and stimulate new hair growth in thinning or balding areas.

Minoxidil has been reported to be effective in treating hair loss in some people, but the Food and Drug Administration (FDA) has not yet given its blessing for use in pill form. It wasn’t until 1992 that the FDA gave its blessing to the use of minoxidil as a hair regrowth aid for women. To promote the growth of new hair, minoxidil makes use of enzymes that are already present in the hair follicles.

Recent research conducted by medical professionals has shown that ingesting “Minoxidil” in the form of pills causes the drug to be broken down into its active form. This results in improved and accelerated hair growth.

Dr. Rodney Sinclair, a dermatologist at the University of Melbourne in Australia, made the initial discovery when he observed a patient suffering from hair loss develop an allergic rash when sprayed on the affected area. This was the moment that led to the discovery.

Sinclair took “Minoxidil” tablets, which promoted hair growth, in order to treat the condition he was experiencing. According to an article published in the British newspaper “Daily Mail,” there has not been a study with minoxidil in tablet form that has been approved by the FDA. According to the statistics, there are approximately 40 million men in the United States who suffer from baldness, while more than 50 million men suffer from pattern baldness, also known as thinning hair.

The use of minoxidil pills for the treatment of hair loss is still considered off-label because a rigorous trial leading to FDA approval has not been conducted. And dermatologists agree that this is likely to continue to be the case.

However, for some patients taking a low dose of minoxidil, they begin to observe the growth of stray hairs on their faces and chins. To combat this issue, some dermatologists have begun prescribing very low doses of spironolactone, which is normally used to treat high blood pressure but can also inhibit the production of certain androgens, the hormones responsible for unwanted hair growth.

Patients who do not wish to use an unapproved treatment for their hair loss have two FDA-approved options to choose from: either over-the-counter medicines that some dermatologists consider to be ineffective, or prescription medications.

Rogaine and Finasteride are two examples of these medications. Finasteride is a generic medicine that is given in higher doses to men in order to treat enlarged prostates.

It is only approved for use in men as a treatment for hair loss. In addition to this, it has been connected to sexual dysfunction.

We believe that even though the outlook for the future of hair loss treatments is possibly more optimistic than it has ever been, there are still some fundamental questions about the science of hair growth that need to be understood. If addressed in the coming years, they have the potential to make significant progress toward a permanent solution to the problem of baldness.

One of the most puzzling aspects of hair follicles is that they have their own internal clock that drives them through the cycle of growth, regression, resting, and regeneration.

This clock is located within the follicle, but we do not know how it is controlled. We could target this organ pharmaceutically if we understood how it worked. Drugs that can disrupt the human hair follicle’s inbuilt clock mechanism would be extremely potent hair drugs.