What You Should Know About Phytoestrogens 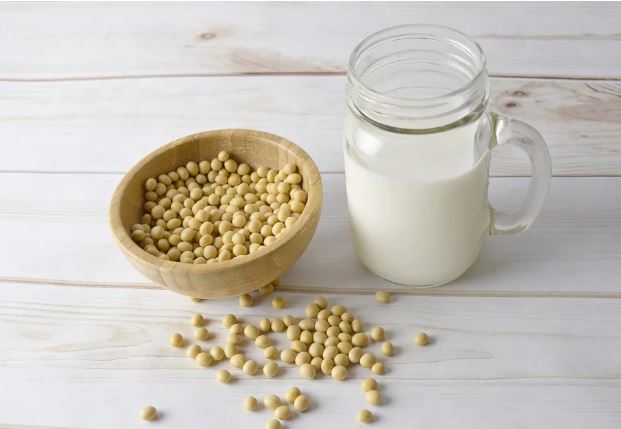 Phytoestrogens are compounds that are naturally found in certain plants like legumes and soybeans, and they’re not produced inside our bodies. The first half of phytoestrogens in Greek means “plant” and estrogen is the known fertility hormone. Even though phytoestrogen is a different compound, it can function in a similar way to estrogen in human bodies. There are some cases of it being used as an antagonist, reduction element, of estrogen in the body.

A hypothesis from an evolutionary perspective reports that plants use phytoestrogen as a long-term defense mechanism to limit the reproduction of herbivore animals, by affecting their fertility. Different cultures have utilized Phyto-estrogenic plants for many years to fight fertility and menopause-related problems.

Here is a brief and comprehensive overview of everything that you should be aware of when it comes to phytoestrogens.

Perimenopause is an expected reproductive stage in every woman’s life after the age of forty. In this stage, the production of female hormones slows down, especially when it comes to estrogen making. Perimenopause is considered to be a transitional period that can last anywhere from 1 and up to 10 years before the body moves to menopause. This period is the hardest thing some women have to go through.

Since the body undergoes a lot of changes, it’s only natural that these changes will accompany many annoying symptoms. One of the most frequent complaints that is often received by women going through menopause, or even women who suffer from low estrogen levels in general, is hot flashes. Other symptoms might include severe mood swings, decreased libido, and increased levels of body fatigue.

Some studies have proven how effective phytoestrogens can be in relieving these bothersome symptoms. By mimicking the effect of your body’s natural estrogen, phytoestrogen tricks the body into decreasing the pains of going through perimenopause. A study that was conducted back in 2014 showed the effect of taking phytoestrogen supplements in reducing the frequency and intensity of hot flashes without causing any serious side effects on the participants.

While phytoestrogen is often marketed for its various beneficial effects for women, it offers benefits to both genders. Women are known to live longer than men and they are less likely to suffer from serious heart conditions. While phytoestrogen benefits in relieving menopause symptoms are highly praised and marketed, many people ignore the other benefits these compounds can offer for men.

In this post, you will find that phytoestrogen is rather even more important for men in reducing the risk of heart diseases, preventing bone loss, and inhibiting the spread of cancer. Phytoestrogen plays in two main parts that result in the prevention of heart disease; the first is reducing high cholesterol levels, and most importantly, the second is decreasing the risk of atherosclerosis which is the hardening of the arteries.

Some other studies proved how effective phytoestrogen can be in preventing bone loss in both women and men. The ticks of the clock usually result in different types of diseases and conditions that, sometimes, are considered to be inevitable.

Natural estrogen helps in maintaining normal bone density. Since natural estrogen levels drop in aging women, suffering from osteoporosis could be at stake. That’s why some women resort to using phytoestrogen supplements as a natural alternative to hormone replacement therapy (HRT) to imitate the effect of estrogen on their bone health and reduce the rate of osteopenia.

Not only menopausal women suffer from the lack of estrogen and its bothering symptoms. Many young women, nowadays, suffer from polycystic ovary syndrome (PCOs). This syndrome comes as a natural result of hormonal imbalances and reduced levels of estrogen levels. The symptoms include acne, body hair, and weight gain regardless of their eating habits

These plant-derived compounds have proven to be extremely effective when it comes to improving both men’s and women’s lives. Even though phytoestrogen use is only marketed for women as relief of menopause annoying and painful symptoms such as hot flashes, decreased libido, and mood swings. They still offer a lot of other benefits for men as well, such as lowering the risk of heart diseases, cancer, and bone loss.