Accidents caused by dangerous road conditions – who is at fault?

Road conditions are sometimes overlooked regarding how much they can affect a car and cause a potential accident. When this happens, they usually blame one of the drivers involved and ignore the influence the road had in the accident. According to a study by the Association for the Advancement of Automotive Medicine, 1/3 of vehicle crashes around the nation are caused by bad road conditions. Causing over 2 million injuries and around 22,000 deaths. It is quite an alarming number, considering it’s an external factor, in which drivers have no say. 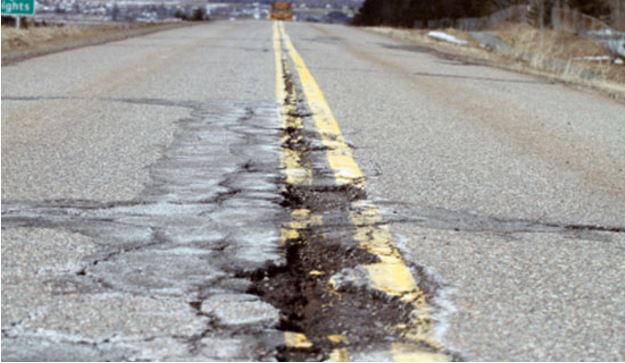 Technically, this is something that could be avoided. Although the designated department has the responsibility to fix and repair such roads, it is not always an easy task. Being such a big country, it is sometimes virtually impossible to keep up and watch the roads 24/7 looking for areas in bad conditions. The number of cars used grows exponentially and probably every day, a hazardous road condition appears.

If you are still not completely sure of what falls under the category of a dangerous road condition and want to be able to spot one, we will list a couple of the most common ones amongst them:

It can refer to objects made out of different materials, either natural such as wood or man-made like cement blocks or metals that are not supposed to be on the road, could’ve been dropped by another random vehicle or simply collapsed from a construction site, building or a fallen tree. This debris is something drivers don’t expect to be on the road so it’s something unexpected that can cause a vehicle to get out of its lane in order to crash against it.

It is only natural that paint will eventually fade away due to all the wear caused by vehicles. That’s why it’s the city or state’s task to maintain it and repaint it when necessary. If they don’t, vehicles may drift out of their assigned lanes running the chance of colliding with other vehicles in another lane without being aware of it.

It is the state’s responsibility to clear any potential winter hazards such as snow and ice on a regular basis. When they fail to do so, the snow, sleet, and/or ice accumulate to the point where it becomes extremely dangerous causing cars to slip off the road or crash into another car.

Road signals are essential when it comes to properly drive amongst other vehicles that we share the road with. Without traffic signals and signs, it would be complete chaos. It is how the state law communicates important messages that if are ignored, can cause a severe accident.

These accidents can happen because the signs are defective or damaged making it difficult to read, or simply missing because someone took it or decided to hide it from public view. Some of the most important ones are speed limits, stop signs, one-way roads, animal crossing, merging traffic, forbidden areas, etc. 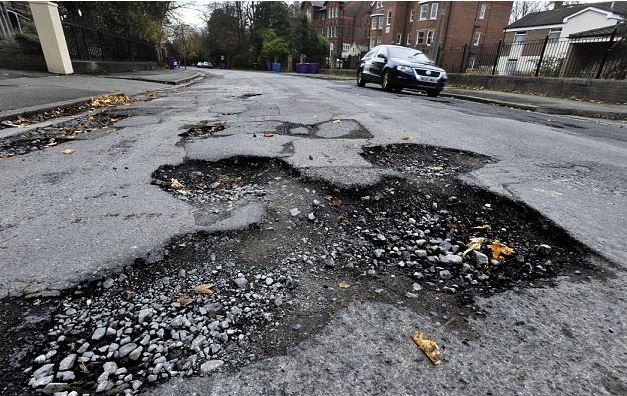 This category encompasses many examples that are the most common in this whole list. We are talking about roads with cracks, potholes, and uneven surfaces.

Even if you don’t get physically injured, the vehicle will feel the consequences of driving on poorly maintained roads over and over causing a lot of “wear and tear” on our vehicle in different parts like:

This being explained, you must know that in the unfortunate event of suffering an accident due to the bad state of the road on which you are driving, the competent and assigned authority responsible for the road must take responsibility for any possible damage caused.

Naturally, there are very detailed laws regarding this matter in order to avoid cases of possible fraud when reporting a claim due to some of the circumstances listed above. Especially because it’s difficult to prove the story is true due to lack of evidence and witnesses. That’s why as soon as you are involved in an accident you have to find out who is in charge of the maintenance of the road in which the accident occurred.

Once a proper investigation is done, the victims should be entitled to compensation for any personal injury or to any of their properties like their car or equipment inside of it, of course, as long as the results prove that the public services in charge can be held liable.

To consider before submitting a claim

The following points should also be taken into consideration before submitting a claim:

Dealing with these cases can sometimes be difficult if you don’t count on the proper help. That’s why hiring an attorney with experience in accidents caused by dangerous road conditions is going to be your best option, also make sure to check with your insurance and how much it will cover in case you are involved in situations like these.

Interesting Related Article: “What to do when you witness a car accident.“