Addiction of any kind affects millions of people from all around the world and yet it remains to be one of the areas where experts have significantly divergent opinions regarding its classification as a brain disease. 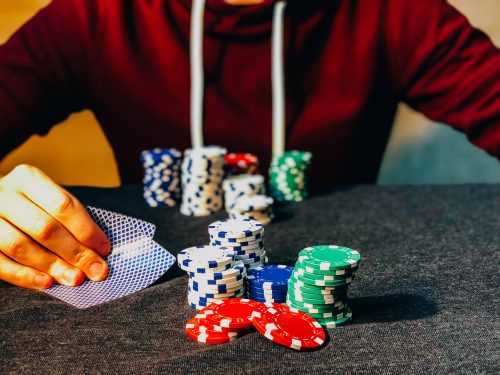 Most notably, while members of the neuroscientific community have signed off on several developments that are meant to prove that gambling is a disease of the brain, other scholarly communities think that addictive behavior is primarily influenced by choice.

So, What Is Addiction?

To better understand all these divergent opinions, we first have to understand what addiction really means. Instead of looking into it from the lens of literature, we are going to view it from a medical perspective since this is the cause of the whole debate.

In medical terms, addiction typically refers to the persistent use of drugs, substances, or engagement in an activity despite their interference with normal life functions. This definition emphasizes that this has to continue despite negative consequences and will eventually take up a lot of time and mental energy amid repeated steps to cut down or stop completely.

That said, it is pretty easy to pinpoint all the behaviors that can be deemed to be addictive. Drug and substance abuses are certainly at the top of that list. Several other things can be said to be addictive. Sexual activities and gambling happen to be some of them. The world is currently dealing with a huge crisis as far as responsible gambling is concerned.

According to an infographic by OnlinePokerAmerica.com, gambling addiction—especially among 14-24-year-olds who have been identified as most vulnerable—is just as big of a problem as any other form of addiction and requires just as much attention.

There are ongoing efforts to mitigate against instances of gambling addiction as well as the promotion of responsible gambling practices. However, these efforts still fall short in one key are, that is, the medical aspect of this.

The Science of Addiction

Now that we have fully understood what addictions are and seen some of the things that fit the descriptions of addictive behavior, we can try to understand how exactly addiction relates to our health. Again, several papers have been written with differing opinions but we are aggregating this information based on the most axiomatic data we could find.

Several studies have proven that addiction can be attributed to deficits in the function of the prefrontal complex which is the part of the brain that is involved in executive function.

So, regardless of whether a person is addicted to alcohol, drugs, gambling, or any other things, it can be said that the prefrontal cortex’s abilities to perform its functions have been impaired. These functions include self-monitoring, delaying reward, and the integration of intellect when it comes to reacting to stimuli or desires.

Similarly, addictions can also be attributed to the brain’s responses to stress when deprived of whatever a person is addicted to. Most times, these reactions will be extremely exaggerated negative emotions or even despair which, in turn, exacerbates the cravings.

Why has Addiction Overlooked a “Brain Disease”?

After going through the section above, it is pretty easy to conclude that addiction is a brain disease. However, some experts disagree and they have some pretty good reasons to do so. To begin with, this can easily be blamed on the discrepancies of the brain-disease model that has been used all across the globe as part of the efforts to treat various kinds of addiction.

Perhaps the most notable shortcoming of this model is the fact that the brain-disease model often tends to obscure the dimension of choice that is, without a doubt, a vital aspect of just about any form of addiction.

In addition to that, experts have also pointed out that the brain-disease model seems to downplay the issues of people’s capacity to respond to incentives as well as the various motivations or reasons behind the behavior.

Does That Cut It?

Well, the debate will continue to rage on thanks to all of the differing opinions on the matter. It is still very important to point out the shortcoming of the critics of the brain disorder or disease model.

To begin with, in the modern world where the number of addicts continues to grow at an alarming rate, it is incredibly important to note the dangers of seeing addiction as nothing more than a moral failing that is a result of poor decision making.

A lot of problems have cropped up from referring to addiction as something other than a brain disorder. For instance, correctional facilities and policymakers have been known to use punishments as a tool for addressing addictions.

The effectiveness of this will certainly be a controversial topic but considering all the evidence we have about how much addiction is related to the brain, it goes without saying that treatment should be the only priority.

This, of course, has to follow well-defined guidelines and use the appropriate tools. While medications can certainly not be used as a substitute for an individual’s willpower to work towards stopping an addiction, these medical interventions have been proven to be very effective when it comes to helping people fix their addictions.

Is a Consensus Possible?

The biggest problem seems to lie in the fact that experts from different fields have been treating the two addiction models as opposites.

These debates have played a monumental role in the developments that have been made in as far as addiction management is concerned but more often than not it will detract from the main bone of contention which is how to deal with the global addiction crisis.

People all around the world are struggling with different kinds of addictions and there is no better time than now to look at all this with a different lens. Perhaps it is time for everyone to come together and maybe put together the best parts of both models in order to find lasting solutions to this problem.