The Advantages of Playing Bingo Games

Bingo! It is a game that boasts a tremendously rich history and one which remains one of the most popular forms of entertainment in the world. 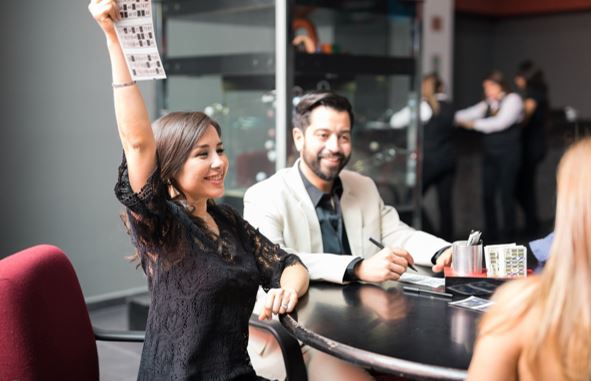 Its roots can be traced all the way back to an Italian lottery game in the 1500s, but it was not until the last century that it truly crossed into the mainstream.

Bingo proved to be particularly popular in the United Kingdom and United States, with millions of people regularly visiting land-based venues to play the game.

However, consumer habits changed significantly as the new millennium approached, forcing the bingo industry into rethinking how it operated.

The creation of the internet proved to be a Godsend for bingo, allowing operators to revolutionise how this iconic game is played.

Websites such as https://www.winkbingo.com/free-bingo fall under the Wink brand umbrella, offering players the chance to play a vast array of online bingo games even some for free.

From a bingo perspective, 90-ball and 75-ball are undoubtedly the most popular variants, but there are also plenty of other exciting games to choose from.

These include combination games such as Slingo, which expertly blends bingo with slots to form an immersive online activity.

There are obviously numerous reasons why people enjoy bingo, so read on as we look at some of the advantages of playing bingo games.

Bingo is good for the brain

Numerous research studies have shown that bingo strengthens key skills such as memory and concentration – handy tools to possess regardless of someone’s age.

The game also helps to improve reflexes and hand-eye coordination as players mark off their numbers when they are called out.

Looking after your brain is as important as maintaining physical fitness, and bingo provides the perfect vehicle to achieve this.

Some games which are said to be good for the brain such as Scrabble or Sudoku can be challenging to master, but that is not the case where bingo is concerned.

Its simplicity gives bingo a universal appeal that many other games and forms of entertainment are unable to compete with.

Possessing strong cognitive skills is important regardless of your age, but it is especially important for older people to maintain these in later life.

Many health experts have latched onto the benefits that can be gleaned from encouraging senior citizens to play bingo regularly.

One of the major things that has been discovered is that bingo can help stave off the onset of Alzheimer’s Disease, highlighting what a great game it is.

Using larger cards and bright colours in adapted versions of bingo can also allow the game to be played by people who are suffering from sight problems.

Seniors can derive massive benefit from playing bingo and it easy to see why the game remains so popular amongst the older generation.

One of the biggest attractions of bingo is that it does not discriminate – if you are of legal age to play, you can play!

As mentioned earlier, it is a simple game to learn meaning that you don’t have to possess the brainpower of rocket scientist to enjoy it.

Bingo can also be enjoyed across the social spectrum. It was once seen as being a ‘working class’ activity, but that is no longer the case.

Its popularity with the LGBTQ+ community further highlights the inclusive nature of a game that can be played by absolutely anyone.

Whereas some forms of entertainment attract a limited audience, that accusation cannot be levelled at bingo in any way.

In addition to being good for the brain, bingo also has the ability to significantly improve someone’s physical and emotional wellbeing.

These benefits are generated by the social element attached to bingo that allows you to interact with other people while playing the game.

Whether you visit land-based venues or play online, bingo is a great way to meet up with friends or family in a relaxed environment.

It is also a great platform for forging new friendships with like-minded individuals who share a common passion for this great pastime.

Maintaining a strong social circle has been proven to boost health and wellbeing, and bingo is the ideal vehicle to facilitate those benefits.

Bingo can line your pockets

Unlike some other forms of entertainment, bingo offers players the chance to win prizes if they successfully complete lines or a full house.

While there is no guarantee that this will be the case, the fact that this opportunity exists all helps to add to bingo’s appeal.

Most people dream of scooping a jackpot, and bingo taps into the competitive nature that the majority of individuals possess.

It is possible to play bingo games for just a few pennies, meaning that you can feasibly play for a few hours for less than it costs to buy a bottle of wine.

That factor makes bingo one of the most affordable forms of entertainment around and goes a long way to explaining why so many people play the game.

If you enjoy playing bingo in land-based venues, it is highly likely that there will be somewhere you can play the game within a few miles of your home.

However, technology provides much easier access to people, with the internet awash with sites where you can play bingo games.

These are generally available across all manner of devices, including desktops, laptops, tablets, smartphones, and connected televisions.

This means that you can play the game 24 hours per day, seven days per week, 365 days per year, although it is recommended that you grab some sleep along the way!

This ease of accessibility has played a significant role in the growth of bingo over the past few years, and the trend should continue for the foreseeable future.

Interesting related article: “What are Games of Chance?”