Agribusiness: Can a foreigner buy land in Russia? 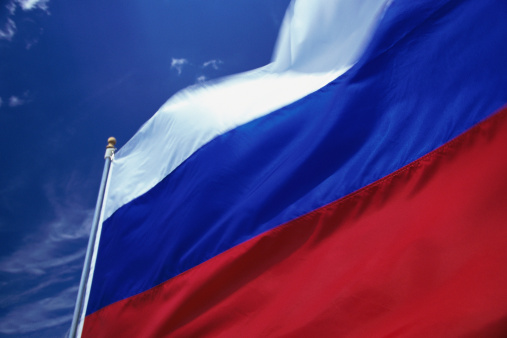 The short answer is: yes. Foreign nationals are allowed to acquire Russian land intended for agriculture, rearing livestock, hunting and other purposes.

However, starting an enterprise in the Russian agribusiness industry can be tricky for a foreigner. Some common mistakes include: not conducting a thorough calculation of future costs and profits, underestimating the profitability of certain often overlooked crops and selecting the wrong type of land and/or climate for one’s produce of choice (such as if you buy land in Siberia and attempt to grow melons).

And that is where it suddenly gets complicated. Not only does Russia have several dozen subspecies of soils, the wide range of its climatic zones is impressive. It takes an expert to figure it all out!

As much as 10% of the world’s arable land is located in Russia, with crop production being the country’s leading industry. Russia remains the biggest exporter of wheat on the global market, while also producing other grains, legumes, fodder and industrial crops, potatoes, vegetables, etc. Notably, forage crops make up the majority of Russia’s yearly crop yield.

Besides agriculture, Russian farmland is widely used for rearing livestock. For example, the total volume of meat produced in Russia in 2020 was 3 million tons, while the total volume of poultry for the same period was 3.3 million tons. And this is not counting meat-containing frozen food products! Russia also produces an abundance of dairy, eggs, wool, fish and honey.

The livestock industry naturally consumes immense volumes of forage grasses, which are grown locally. Thus, forage grass production is undoubtedly one of the best areas for investment in the Russian agribusiness sector. The lowest price of fairly good lands suitable for forage grass cultivation is around $500 per hectare in some Russian Regions.

With 50% of the world’s chernozem – the most fertile naturally occurring black soil – Russia has everything it needs for consistently high crop yields. Even so, soil quality differs depending on climate and terrain.

Almost all of Russia’s chernozem is ploughed up and in use. The most fertile soils are found in the Kursk, Tambov, Voronezh and Belgorod Regions. At the same time, the agribusiness leaders in Russia in terms of volumes of production are the Krasnodar Territory, Rostov Region and Belgorod Region.

The vast majority of Russian fertile land is taken up by sunflower and wheat fields. Sunflowers are mainly used in cooking oil production.

As for wheat, Russia’s harvest of this grain reached an all-time record of 86 million tons in 2017, and each subsequent year was not far behind! Some wheat-yielding Regions of Russia, the Volga and Central Regions to be exact, have in fact been showing record harvests every year, thus raising the average brought down by a decline in harvests in other Regions.

On the whole, it is predicted that the average record will be met and surpassed in the coming years. The total area of lands used for growing wheat has also been on the rise. In 2020, this area was officially increased by 1.3 million hectares, bringing the total up to 29.5 million hectares of arable land.

Crop production in Russia has become a highly profitable sector, experiencing steady growth since 2014. Some of the reasons for this are political, with sanctions on the global market causing Russia to boost its internal production. Others include the influx of foreign investments and new technologies, as well as increased demand for Russian produce in countries with rapid population growth, such as China, India and Vietnam.

The value of Russian agricultural produce increases every year, in some cases by as much as 10-15% and more. Oil crops show the highest profit margin, with wheat not far behind.

Over 100 countries worldwide are currently purchasing Russian grains. The countries that import the most produce from Russia are Turkey, China, South Korea, Egypt and Kazakhstan.

The droughts and pandemic of the past few years have increased the global demand for grain supplies, and Russia is fully able to fill that demand. While agribusiness has suffered in many countries due to recent events, this was uniquely not the case in Russia. As a result, Russia is now practically the largest participant on the global agricultural market, with no comparable competition.

At the same time, smaller-scale farming in Russia often receives much government support, including tax breaks, highly advantageous land lease contracts, etc. This, of course, depends on the Region where the land is located. The demand for local organic produce is growing every year within the country itself, and many such enterprises are being sold ready-to-operate.

You may be interested in: 3 Strategies to Learn Russian Fast for Your Business Trip