How AI Is Changing Software Testing 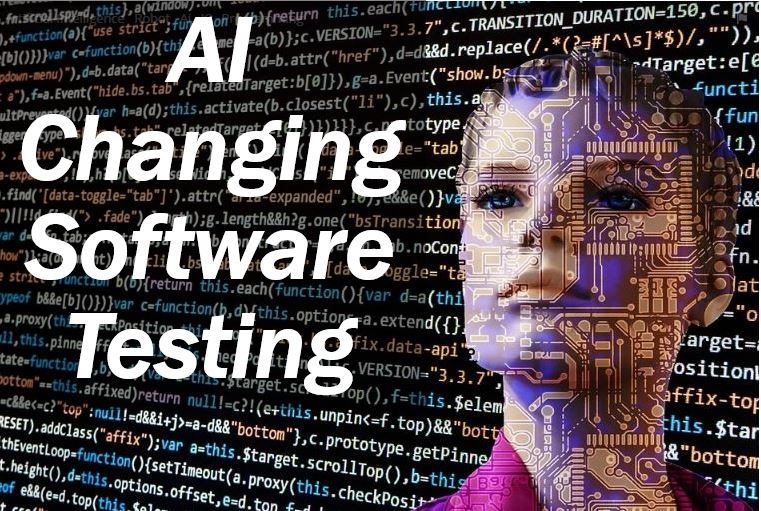 AI and ML are being used in many aspects of business, including data analysis, consumer behavior forecasting, fraud detection, personalized marketing, and customer service. These technologies are being deployed across a wide swath of industries, including retail, health care, logistics, energy, and education. Professionals in all these fields benefit from having machines take over tedious or repetitive tasks with greater speed and accuracy. There’s increasing automation in every aspect, including test management systems.

Another area where AI is having a big impact is software development. Though its use in this field is still new, the need for additional automation within the quality assurance testing (QA testing) process is growing and the potential for automating parts of it is vast.

The need for new software applications is ever-expanding, as the mobile, gaming, personal computing, and enterprise solutions industries continue to grow. Developers and testers struggle to meet the demand, at times with fewer resources than ever. As these professionals scurry to create and qualify more applications more quickly, their time has become more valuable. Any tools that can help maximize efficiency will enable speedier development and time-to-market.

Given the faster pace at which developers can work using automated solutions, the investment is well worth it for development companies. Faster output means increased sales opportunities as well as an advantage over the competition. Additionally, machines can perform a greater number of tasks, enabling developers and testers to create more applications in a shorter timeframe.

The primary benefit of AI-driven software testing is reducing the number of mundane tasks for developers and testers. For example, an AI-enabled program could work in conjunction with a test automation tool to evaluate which tests should be conducted and to implement them. Typically, an AI-enhanced program can identify and run the tests more quickly, efficiently, and accurately than a human can. Add an ML component to this process and the tool becomes even more efficient on its own over time.

When developers and testers are removed from the decision-making process, they’re free to work on higher-level tasks. Note that this doesn’t mean people are being replaced (despite that common misconception).

At this early stage, there are still many aspects of software testing that require high-level business planning that can only be performed by humans. Examples include deploying creative thinking,  identifying software vulnerabilities, ensuring that testing software has the right information to work from, and generating responses to the software from real human users.

AI-enhanced programs have the ability to adapt to code changes more easily than human testers can. Other uses include user interface (UI) testing (also known as visual validation), in which the program can determine whether the visual elements of a software application appear and function appropriately, given the intended purpose and users. An AI-enabled program could even create a set of virtual users to interact with an application, providing large amounts of user response data within a very brief timeframe.

Regression testing and others can also be taken over by AI functionality. Some AI programs can not only identify issues but fix them as well. Also, given the accuracy with which AI-powered programs operate, developers and testers can be assured of greater security for all software applications they create and qualify.

The Impact on Software Development Teams

Developers can use some of these processes during the development stage, to improve their applications prior to the formal testing phase. They can even use AI-based programs to predict likely problems and issues with software before they write it.

Therefore, developers and testers should view AI elements of QA testing not as replacements for themselves but as tools they can use to perform their jobs more quickly, easily, and accurately. The use of these tools enables developers, testers, and the teams that support them to create, test, and distribute software more quickly than ever before.

Beyond testing, developers can use AI to write better code in the first place and to create unique functionality to personalize the software for users, as AI itself can also be built into software applications. Business developers can use it to gather data from previous client projects and more accurately estimate production costs for new ones.

All these uses require software developers, testers, and business developers to think differently about how they perform their jobs. Initially, another tool may seem like one more thing that must be considered; but over time, it will become a necessary and given part of the process.