Will AI Be Able to Write Essays for Students in the Future?

It’s no secret: everyone is looking for ways to get more done in less time, and busy students are no exception. Completing every task outlined in a syllabus is a challenge (as it should be) and getting work done on time is an even bigger one. It makes the idea of taking specific shortcuts appealing.

Still, what looks appealing on the surface may or may not be everything it seems to be. In a world that is becoming increasingly governed by automation, using AI to write papers and essays definitely sounds good on the surface, but is it a good idea to use it? Will it produce a product that will earn the student a good grade? Let’s have a look at these questions and weigh the pros and cons. 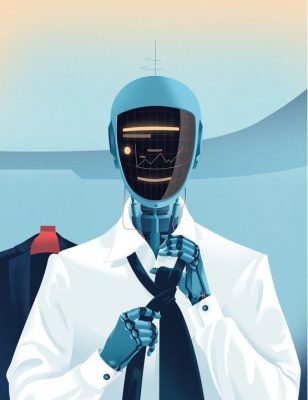 The very nature of the term “artificial intelligence” should give an idea of its efficacy. Yes, it’s true that AI can write an entire paper. In fact, it can generate a whole essay in less than a second. The real question lies in the quality of the output. Even the creators of AI algorithms like the Babel Generator admit that while their brainchild can write papers quickly, they lack in both quality and coherency.

One would think that the result negates the effort, but there is more to the picture than just producing a coherent essay. While the average student may not be able to feed three keywords into an algorithm and provide an A+ paper, the resulting product does have its value. When one stops looking at AI as a shortcut and begins using it as a learning tool, the benefit becomes much more clear.

The above-referenced article explains how AI algorithms like Babel use the minimal information to form complex ideas. The lack of real understanding of the subject, however, leaves the program with nothing but those keywords as the foundation of the paper. It is where the human element becomes an integral part of the process.

It is true that students can gain much in the way of writing help from AI, but no machine should ever be trusted to deliver the meat of an argument or prove a thesis. AI doesn’t know from evidentiary analysis or argument. They don’t understand the concept of persuasiveness. These things require writer’s involvement and assistance to form a coherent paper, and that is not likely to change anytime soon.

Once the student has compiled the information generated by the AI into a more coherent argument, other forms of AI can help smooth out the rough edges. Apps like Grammarly and Hemingway are prime examples. The former can help fine-tune the structure of the paper; the latter can help give it better flow and make it more interesting to an already bored professor.

It is entirely possible that more advanced AI systems will start learning how people communicate through the written word. Utilising the capabilities of applications like Grammarly and Hemingway, it is definitely possible for a machine to develop more complex algorithms that emulate more elements of style. That said, emulation and actual intelligence are still two very different things.

When used in conjunction with an AI-generated draft and a little human intervention on the details, building a quality paper with the aid of AI is definitely possible. Future advancements in AI tech will likely be able to fine-tune the process even further. Presently, however, there is no machine smarter than a human. No tool can rationalise, argue, or think critically. That being the case, the task of constructing a paper with AI is likely to remain a symbiont relationship between man and machine for the foreseeable future.