Alcoholism: learned or in our genes? 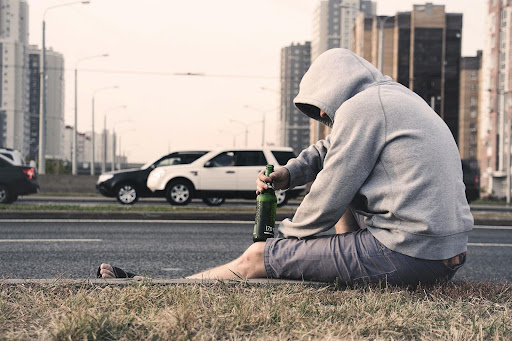 Alcohol is a widely consumed substance. In most cultures it is openly accepted and is part of many rituals and religious celebrations. When consumed moderately it has proven to have beneficial effects but in excess it can be very harmful and cause many serious medical, psychological, and social problems.

Alcohol as a path to death

Alcohol abuse has many long- and short-term risks and is also linked to many causes of deaths worldwide. Excessive alcohol consumption contributes to diseases that include cirrhosis, many types of cancers, infections, high blood pressure, stroke, pancreatitis, liver disease, weakened immune system, heart attacks, dementia, depression, sexual problems (impotence, premature ejaculation) and infertility. There is a higher prevalence of abuse among men than women.

The Diagnostic and Statistical Manual of Mental Disorders (DSM–5), is a reference guide published by the American Psychiatric Association (APA) to diagnose, classify, and identify mental health conditions. In it, Alcohol Use Disorder is defined as “a problematic pattern of alcohol use leading to clinically significant impairment or distress”.

The genetics of alcohol abuse

When we enter this world, we come with a set amount of genes that influence, among other things, our behavior and personality. There has been an ongoing and extensive debate over whether these individual features are learned or if they are present since birth. It is true that environmental and hereditary factors can both influence and determine the presence of alcohol abuse and dependence. Nonetheless, an overwhelming amount of scientific evidence suggests that genetic factors play an ever important role.

Scientists have identified several genes that have direct and indirect influence in behaviors associated with alcohol abuse or dependence. Alcoholism seems to run in some families. Children of alcoholics are at high risk and are four times more likely than other children to develop alcoholism, according to The American Academy of Child & Adolescent Psychiatry.

Alcoholism abuse and addiction are highly influenced by the social environment. This topic has been widely discussed by the scientific community, yet several genes have been associated with alcohol dependence in many studies. These genes can affect the quantity and frequency of drinking and impact the risk of developing diseases associated with this behavior. Genetic research of alcoholism could help in identifying people at risk of becoming alcoholics and lead to effective prevention. However, environmental factors should not be underestimated.

Researchers have been inclined to investigate genetics as an important source of influence in the matter. Many agree that there are some individuals who have an inherited tendency of becoming addicts. In the case of alcoholism, they have spotted a so-called “reward system” where stimulation takes place and that can lead to addiction. The brain is stimulated with the release of endorphins when a substance is abused, thus reinforcing abusive behavior. Basically, the person feels a need or urge to repeat a behavior that then becomes a habit. This would explain the basis of alcoholism from a neurological standpoint linked to the genes.

Studies in the field of addictions have found certain genes that determine the functioning of this “reward system” and that cause addictive disorders. Findings have revealed that people who carry these genes have a tendency to use addictive substances in order to deal with stress related situations in life. Despite this, some people fall into alcoholism influenced by their social spheres but in other cases, they come from a generational line of alcoholics making them more prone to suffer from this disorder at an earlier age. On the other hand, it is also true that there are many other factors beyond heredity responsible for alcoholism.

Many genes are associated with alcohol and other substance abuse preferences. Researchers aim at identifying these genes to determine how alcoholism and the risk of suffering certain diseases may vary among individuals. There is still a long path to travel to uncover the genetic and social influence over alcohol abuse and dependence, but so far science has been able to prove that certain active genes in a person regulate and determine this behavior. Understanding the genetics of alcoholism is a complex and intricate task but advances in the field will facilitate the development of effective therapies and prevention strategies for alcohol abuse.