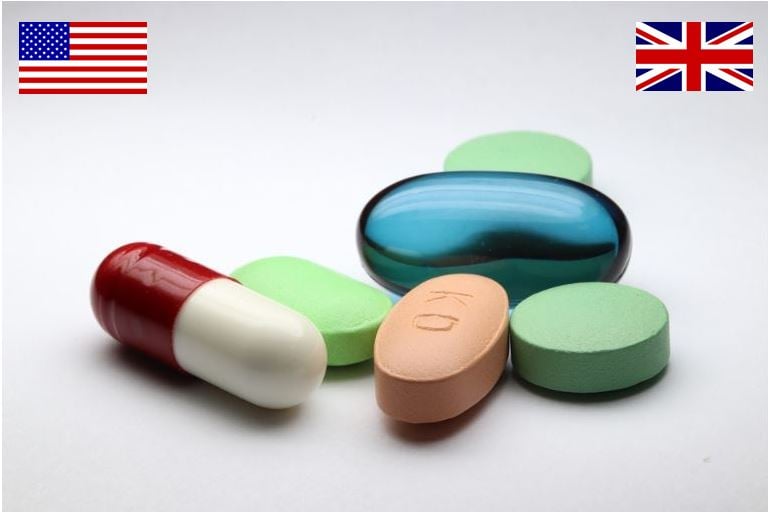 The United States healthcare system is notorious the world over. In comparable European nations, even those that, like Switzerland, have embraced the privatisation of their systems to some degree, the US’s dog-eat-dog approach to healthcare is a source of great confusion. A single-payer, centrally-funded healthcare system is a popular public policy in the US, but there doesn’t seem to be much of an appetite to upend a very big industry and reform the entire system.

It’s not like American citizens aren’t already paying more than the average for their healthcare – they spend more on healthcare every year than any other nation on earth. However, despite paying through the nose for their healthcare, a significant number of US patients are struggling to access life-saving drugs and treatments because they aren’t able to meet the financial costs.

The average prescription will cost $3,000 more per year in the US compared to the UK. Nowhere is this difference more obvious than in the case of insulin. Diabetics in the UK assume that, in the absence of some kind of massive supply issue, they will always have access to insulin. More importantly, they know that they will only have to pay a certain amount, if at all. In the UK, patients who require insulin to manage their diabetes can apply for a medical exemption certificate, so they don’t have to pay anything for their insulin supply.

By contrast, the price of insulin in the US remains unrestricted and at the full mercy of ethereal ‘market forces’. An inevitable side effect of increasing the costs of life-saving drugs, a consequence that is now playing out across America, is that people who can’t afford their prescribed supply will try to ration their meds. This leads to cases of patients suffering fatal drops in blood sugar that, from a logistical perspective, are completely needless.

The US has the money and resources to make insulin freely available to those that need it to live. And while you might think that a ‘socialised’ healthcare system is anathema to the US, this isn’t true. At least, not amongst the general population. This lack of synchronicity between public and governmental opinion mirrors the situation in the UK, where successive governments seem unwilling to levy the taxes that the public is mostly willing to pay to fun the NHS.

In fact, there is some precedent in the US for specifically covering diseases like diabetes and making treatments freely available. This is something that is already done for patients suffering from end-stage renal disease who require dialysis. Patients with this specific condition can access dialysis free of charge in the US.

Considering that American diabetics are currently paying more than $10,000 extra when compared to their British counterparts, the situation is clearly unsustainable. Insulin is not the only victim of the laissez-faire US healthcare system. Humira is a drug that is used to treat a number of chronic conditions, many of which are fatal if not treated. Patients who require Humira to treat a chronic condition are reliant upon it to live a normal quality of life. Without humira, conditions like arthritis and Crohn’s disease can significantly impact a patient’s quality of life.

Swiss citizens currently spend around 8.5% of their annual income on healthcare costs. In Switzerland, it is mandatory to have private health insurance, although the Swiss government and employers do contribute towards some of these costs. 35% of the costs, just shy of two-thirds, are borne by the state and private-sector employers.

Unfortunately, this increase in costs was anticipated. The OECD has been projecting an average total rise in healthcare costs among its members of 14% of GDP between 2019 and 2060. The UK is currently particularly vulnerable to market shocks and disruptions in supply. In the short-term, if not the long-term, the UK could be facing a much larger healthcare bill than before.

As outlined in new research from Antibodies.com, money that is currently earmarked for the NHS is seriously inadequate. Theresa May pledged to provide the NHS with an additional £20 billion by 2023-24 (£96.1 million per week over four years). But Antibodies’ research suggests that at least £45 billion more will be needed in order to ensure that the NHS isn’t just properly funded but also able to grow.

While the British public has been generally supportive of the idea of paying more in taxes in order to ensure that the NHS remains safe and able to function, governments seem reluctant to impose these taxes. Taxes are never popular, but it’s hard to imagine that the collapse of the NHS would be more popular than a tax hike.

According to Antibodies’ calculations, in order to properly fund the NHS, we would all have to pay an extra £400 a year. To maintain the NHS in its current state needs an extra investment of at least £200 per person.

While healthcare costs are rising across the board, America is still an anomaly. American citizens are expected to pay a prohibitive amount of money for their healthcare. All too often, the result is that they pay with their lives instead.