An introduction to the use of linked lists in memory management 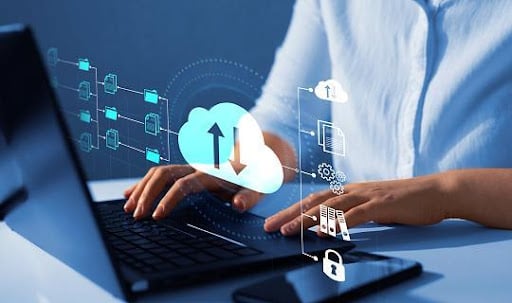 A linked list is a data structure that consists of a sequence of elements, called nodes, where each node contains a reference or pointer to the next element in the sequence. The first node, called the head, typically contains a reference to the last node, called the tail. This structure allows for the efficient insertion and deletion of elements, as well as traversal through the list. Some of the different linked List Applications are Data storage, Graphs, Multimedia applications, Dynamic Memory Allocation, etc.

Use of Linked lists

Linked lists are commonly used in memory management to dynamically allocate and deallocate memory as needed. The use of pointers in linked lists allows for the creation and deletion of nodes in real-time, making them a useful tool for managing memory in programs that require the manipulation of large amounts of data.

Linked lists are considered to be memory efficient data structures because they only allocate memory for the data they contain. This is in contrast to arrays, which pre-allocate a fixed amount of memory regardless of how much data they actually hold. This makes linked lists a good choice for memory management in situations where memory is limited or when data size is unknown.

Linked Lists are also useful in memory utilization, as they can be used to manage memory in an efficient way, by allocating and deallocating memory as the program runs. This allows programs to use memory more efficiently, reducing the amount of memory wasted.

In multimedia applications like video and audio editing, linked lists can be used to efficiently manage large amounts of memory. This is because multimedia files can be very large and linked lists allow for the manipulation of the data in small chunks rather than loading the entire file into memory.

Linked lists are also used in operating system memory management, particularly in the implementation of memory management algorithms such as buddy memory allocation and the buddy system. These algorithms use linked lists to track and manage memory, making them more efficient and effective than other methods.

Memory Pools are a technique for managing memory in computer systems. They are pre-allocated blocks of memory that are set aside for specific purposes. Memory pools are used to improve system performance and reduce fragmentation by allocating and deallocating memory in a controlled and efficient manner..

Data Warehouses are a type of database that stores large amounts of historical data, usually from various sources, for reporting and analysis. These databases can be particularly susceptible to memory fragmentation, as they typically have a high degree of data read and write operations. There are various applications of data warehouses which is used in memory management. Moreover, this can lead to frequent allocation and deallocation of memory, resulting in scattered blocks of free memory.

Memory fragmentation can have a significant impact on the performance of data warehouses, as it can lead to increased disk I/O operations, longer query response times, and a decrease in overall system efficiency. The database management system must work harder to retrieve the data and hence, it will consume more resources.

Linked lists can be used in object-oriented programming languages such as C++ and Java, to implement memory management features such as garbage collection. This is done by using linked lists to track objects and their memory usage, allowing the program to automatically deallocate memory for objects that are no longer in use.