Guns have always fascinated the American society and it’s no wonder this is one of the most debated public issues today. While most people want to protect themselves, there’s also a growing number of people buying antique firearms as an investment.

According to the National Firearms Act, the term “Antique Firearms” refers to a gun manufactured before 1898 and not intended for use or redesign. These highly valuable guns are collectibles not meant for use and they have spawned a unique investment option.

Many people now buy older guns made before the 20th century as an investment and the market for these antiques keeps growing. For instance, a confederate revolver in good condition can get you from $20,000 to $30,000 at an auction. Christie’s and Sotheby’s auctions have witnessed increased sales in antiques ranging from antique pistols to rifles owned by historic figures to long forgotten gun designs. 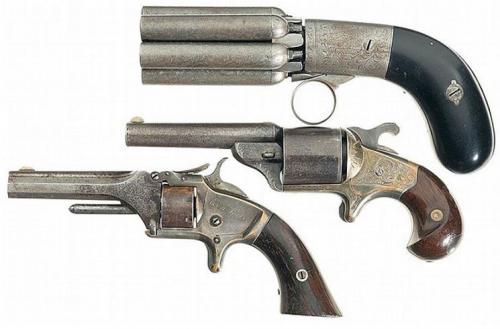 Whatever your view on guns, it’s advisable to consider antique guns as an investment. Many people have turned their love for guns into a money making venture. If you have been looking for a unique investment options, this guide explores some antique firearms and their viability as an investment.

Since you will be investing good money on the antique, keeping it clean also becomes mandatory. Take a look what Camperarena says about cleaning guns.

If you’re lucky enough to come across a gun manufactured before 1898 and which features a primitive ignition system, you’re in the antique firearms business. To appreciate the value of these antiques, consider some of the most expensive guns ever sold:

The prices of these high value collectible guns gives a hint of the kind of money you can make. By learning everything about these guns and finding out the most valuable items, you can start creating a collection.

The best thing about antique firearms is that you can buy an item and walk away with it without the need for rigorous background checks. You don’t need ATF paperwork and in some states such as Illinois, you don’t even need a FOID card to make a purchase. Once you make a purchase at an auction, you can walk away with the gun the same day.

Are Antique Firearms A Good Investment?

Gun collectors say this is the best time to invest in antique guns or the following reasons:

Like with any other investment options, you need to do your research on antique firearms and this information is a good starting point.