Appealing in Court 101: When Do You Need an Appeals Lawyer? 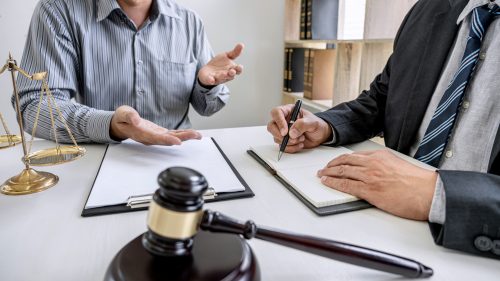 A business dispute can have varying outcomes, including a settlement award and a jury verdict favoring one party. If a business dispute ends with unfavorable judgment according to one of the parties, it is ideal to file an appeal.

Filing an appeal is advisable where one party feels the case judgement was incorrect, or the verdict given to the other party was inappropriate. In the latter case, the opponent will appeal for a damages award. An appeal, therefore, is a request to a higher court to review the lower court’s judgement.

What To Expect When You Meet Your Appeals Lawyer

Before we identify the scenarios requiring an appellate lawyer, it is worth understanding the process and expectations when meeting your lawyer for the first time.

Unlike a trial, an appeal case is less exciting and should be handled by a skilled and experienced appeals lawyer. The appellate lawyer will present all the facts to the court in a legal brief. The court will then decide whether to reverse or affirm the decision based on the briefs.

The appeals lawyer representation can be two ways depending on the client. If you are an appellant, the lawyer will point out the errors by the trial courts requiring reversal. On the other hand, your lawyer will explain why the court ruling was correct if their client is the appellee.

You will check a few important papers during your first meeting with your lawyer. The first document is the judgement, which the lawyer will check that it is the final copy, signed, and appealable. Your lawyer will also check the record of the case, including the documents you presented to the trial court and hearing transcripts. By checking the record of the case and judgement, your attorney will also identify the mistakes in the case, which are correctable through an appeal.

The following are some of the scenarios you will need an appellate lawyer.

Review of the Trial Proceedings

As we stated earlier, an appeal is not another trial. Rather, it is a new litigation phase. One party decides to challenge the victories in the lower courts and identify the errors by going to a higher court. Hiring an appeals lawyer for this review is advantageous as they are in a better position to select the relevant issues and arguments, write a brief of the strong arguments to the judges, and come up with an oral argument to convince the judges of its usefulness.

An appeals lawyer can also give a fresh perspective to the case. In most cases, individuals appeal after months or years of dealing with a case. Therefore, an appeal attorney will review what your trial attorneys brought out in your case and may pick out issues they might have missed, some of which could be strong winning points.

While in most cases, it is the defeated party who takes the first move to appeal a case, you will need an appellate lawyer if your opponent considers an appeal. Your lawyer, in this case, will write a brief for you to defend the court decision. As your lawyer represents you in court, they will attempt to prove to the court that the trial court reviewed the evidence and facts presented to it correctly and that the judgement was fair.

Hiring an appeals lawyer is ideal for developing, defining, and preparing issues and motions. These preparations are key to your success in the case. In addition, they will also give a record capturing the evidence and law beneficial to your appeal.

Benefit From an Appeals Lawyer’s Skills

While trial and appeal attorneys want justice, the rules in these courts are different, hence the additional skills of an appellate lawyer. An appeals lawyer is conversant with what the appellate judges’ care about and will emphasize the winning points in their appeal record.

Given the differences in skills, an appellate lawyer can better understand an appeal case, including what to use and what not to use in your appeal. They also know how best to use such arguments to your advantage. Writing appellate briefs and oral arguments will require appellate-level skills, which do not overlap with that of a trial attorney.

When it comes to time, an appeal case features limited time than a trial. This calls for wise utilization of time in convincing the judge of your theory. Given their experience and with every written and oral word counting, an appellate attorney will gauge the arguments that will help you win and eliminate the weak to ensure the court remains focused on the strong points.

Ensure Entry of Final Judgement and Observance of Appellate Timelines

The appeal process is technical, and observance of time is enforced to the latter. For instance, you should file your appeal notice within 30 days of its entry by the courts on your order. Failure to enter the final judgement by the trial court or meet appeal timelines might deny you the right to appeal. Hence, by hiring an appeals lawyer, you can rest assured that your appeal is handled timely, not to mention the relief you will get from the concerns of the appellate case.

While a trial is a battle row in a case comprising evidence and facts, an appeal is a debate on the final ruling of the trial. Therefore, an appeal is technical and complex, and seeking counsel is key to navigating these cases. Hence, while you can hire an experienced lawyer for your trial, you should look for one who understands the appellate process to bring a fresh perspective to your case.

Your appellate lawyer should also identify and effectively communicate your best arguments to the court of appeal to persuade the judges. Hence, seeking an appeal attorney remains the best resolution when you or your opponent is dissatisfied with the ruling by the trial court.

Interesting Related Article: “Things You Need To Do Before You Hire A Defense Lawyer“