What is a Carekit?

Apple Carekit is a framework introduced by iOS software to help app developers in medical and health apps development. It will in turn help people in managing their diseases by creating custom plans, connecting with healthcare providers and tracking their symptoms. People suffering from chronic illnesses like diabetes or are recovering from a serious injury or surgery can use this framework to manage progress. The Carekit also helps people in achieving their fitness and overall wellness goals. 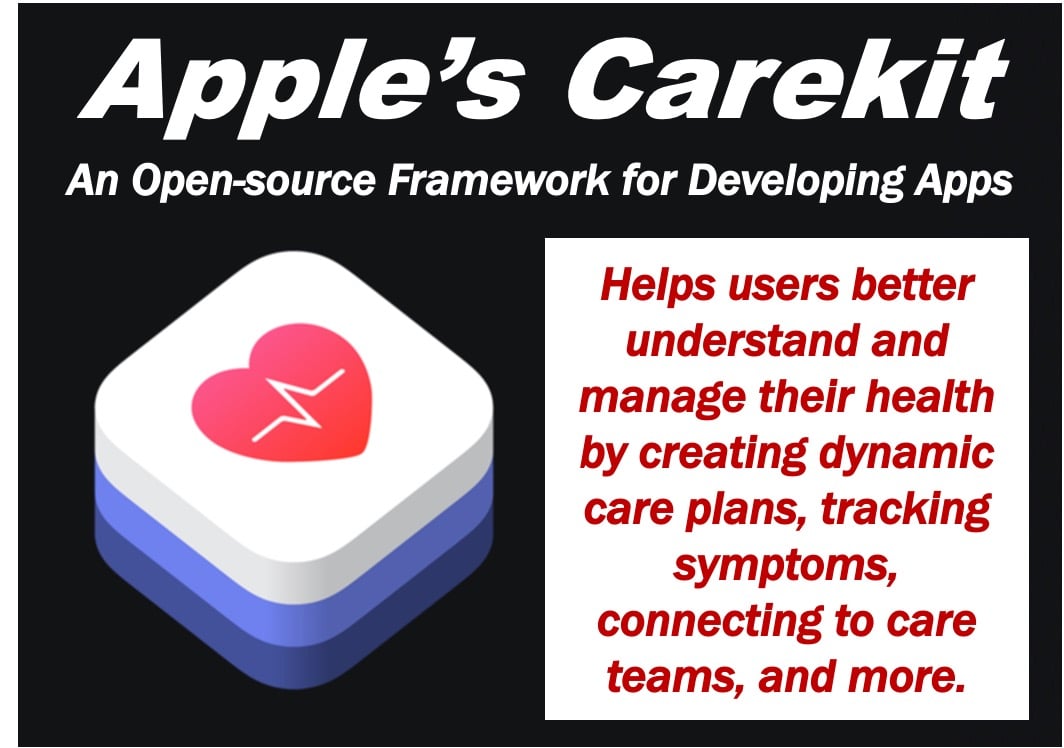 The catch is in the word “kit” which implies that the Carekit is not a ready-to-use app but rather a skeleton on which many health and disease management apps can be developed with some ease. The Carekit Technology, is a big breakthrough because this is the technology of the future.

Apps made by using the Apple Carekit framework are already being developed and coming into the market.

Apple is introducing an application which will send a notification to your friend or family member if a seizure is expected soon.

The app will track whether the medications for depression are producing the expected results or not.

The patients suffering from Parkinson’s disease undergo changing symptoms daily. The app, mPower, updated with the Carekit, helps in tracking the symptoms of Parkinson’s.

Diabetics have a constant need of maintaining their blood sugar levels. One Drop, updated with the Carekit, helps the patients in keeping track of their meals, hunger, pains, and dizziness.

A Carekit provides a unique opportunity of creating healthcare for every hospital. The data of the apps will allow the physicians to stay up to date about the patient’s condition even when they are home. It will in turn help the physicians in making better decisions based on accurate and timely information. In turn, patient care quality will rise and benefit the hospital.

The pharmaceutical industry and contract development and manufacturing organizations like TriRx can also benefit from the Carekit software. The research kit apple has helped in pharma research studies by making it easy for people to sign up for trials through their mobiles. The information from their apps is then integrated into the research. The research kit can be integrated with the Carekit to get data for research.

Data privacy is a very sensitive subject especially regarding mental health diseases and in the case of chronic diseases that a person doesn’t want to disclose to his relatives. Apple is very careful about data privacy but there have been data leaks in the past which is a troubling business. Although, Apple’s stand against the FBI makes us rather comfortable that the company is very meticulous about privacy issues. The data on health and disease is only shared with the healthcare providers and relatives with the users’ permission and the type of app being developed from the Carekit.

The possibilities with the Carekit are ENDLESS. The only limiting factor is human imagination. The software can be moulded into anything the human brain dare think about. Question is, are we up to the task of building an interconnected healthcare provision system with the new technology?