Apple’s Stock Insights – What You Should Know 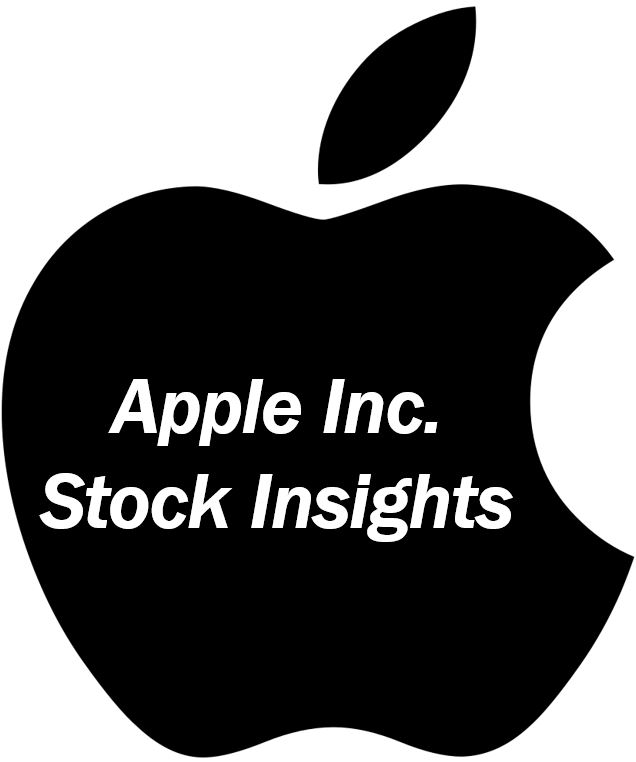 Apple is one company that almost everyone is familiar with, including investors. Their products are in extensive use worldwide, and their brand is a household name.

Naturally, those qualities also drive interest for investors who want to get their share of the prize.

Apple is a company that is impacted directly by the U.S. China Trade War. The company has long had a vast supply chain in that country, and they sell many devices to citizens there. When the two economies start butting heads, it added uncertainty to an investment in APPL.

Revenues Grew at a 1% Rate

The other area for concern for anyone who wants to buy in is the enormous scale of the company. It’s tough to expect substantial growth figures for a company that did over $50 billion in sales in one quarter.

Apple’s China sales continue to slump, but it appears the worst is over. In Q3 they were down 4%. If they can hold the line against more erosions, the chance may still have upside appeal.

Apple’s management is doing its part to keep the stock price moving in the right direction. They have been increasing the dividend yield to hold investors around. They also are buying back shares, which reduces the overall float and increases the long-term share value.

Those are the main trends keeping the stock price where it’s at for now. The growth picture doesn’t look brilliant and the last quarter saw a 1% revenue increase. The company has 420 million paid subscribers but is also investing heavily in research and development. That’s putting downward pressure on the margins.

Tariffs Remain a Cause for Concern

Many analysts feel Apple is the company that will suffer most from tariffs.

Smartphone makers are the companies that will bear the brunt of the newest tariffs. These original costs will push down margins and will cause the company to raise its prices to deal with the more significant expenses. That factor will further decrease demand from consumers.

In this bleak scenario, the share price would continue to slide as the company started posting negative growth numbers. However, more optimistic investors are not as convinced. They feel that those 420 million subscribers will be the source of higher revenues as the company invents more services for them to consume.

Analysts at Wedbush Securities said recently that Apple’s fiscal year 2020 earnings could be off 4% due to the cost of tariffs. If they were to pass those costs on to consumers, it would weaken the demand for iPhones. An increase in price could cause the company to sell 6 to 8 million fewer iPhones for the year.

What About Investing Now?

People thinking about getting into Apple’s stock now must face reality. There is the potential for a slowdown in sales because of the situation in China. The company will solve its supply chain problems, but in the meantime, the share price could stagnate. If an investor is willing to take the risk, they might consider it to be a long-term hold.

However, some investors will worry about growth prospects. If the price of iPhones rises too fast, it could slow down the revenue growth in a hurry. Investing is about speculating on which future outcome is likeliest. With this many variables in place, it’s easy to see why Apple is causing some concern. The company is a world leader and still has a remarkable customer base. However, they receive a direct impact from tariffs, and their expenses are rising rapidly.

Can Tim Clark Get a Big Hit?

Apple is going to continue to sell lots of services, so, keep that in mind as well. Analysts, though, are demanding a new blockbuster product to juice the growth engine. Tim Clark has never had a big win, and some experts are clamoring for the company to innovate.

That’s probably why the research and development costs continue to skyrocket. The company is looking to come up with something new to grab the attention of the world’s stock market investors.

Unsurprisingly, customers are holding on to their phones longer than they used to a few years back. Without a massive upgrade and something entirely new, it’s getting harder to get them to spend big money on a new iPhone. That could put an end to an impressive run of sales hits.

Investors who are buying now are expecting Clark and the team at Apple to innovate and release game-changing tech. If that fails, the stagnated share price could stick around for a while. Even worse, upstart competitors may continue to erode their market share while prices creep upward. That scenario could spell the end of growth and the beginning of a steep decline. It’s worth keeping close attention to AAPL in the next quarters to get a read on their direction.