Are All HDMI Cables the Same? What You Need to Know Before Buying an Expensive HDMI Cable

If you’re using HDMI to connect your computer monitor or to hook up your laptop to your TV, then you might be tempted to splurge on the priciest HDMI cable out there. 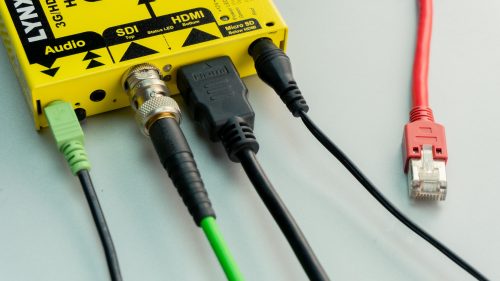 Even an expensive cable will probably seem relatively cheap compared to your computer or TV, so you may feel it’s well worth the investment.

But is it? Here’s what you need to know about expensive HDMI cables.

It’s important to understand that no HDMI cable is going to provide a “better” picture quality than another cable.

HDMI cables don’t process the signal in any way. They simply transmit it. Unless the cable introduces an error in transmission (which is very unlikely), then the exact same picture will be transmitted.

Of course, you might find that a video displays differently on your desktop computer monitor, using your computer’s HDMI cable, versus on your TV, using an HDMI cable to connect your laptop.

This isn’t due to the cable. You could swap the cables around, and nothing would change. The difference is with the other hardware involved.

Given this, you might wonder, are all HDMI cables the same? There are some important differences that you might want to consider.

The price of HDMI cables can vary due to a number of factors:

None of these things make any difference to the quality of the cable itself. If your cable isn’t working, it’s probably not because it’s cheap. It might be because it’s old, or because you need to switch on your devices in a different order to get the “HDMI handshake” to work.

A regular HDMI cable will cost you somewhere around $6 – $15. Some HDMI cables are much, much more expensive, though – think upwards of $50 for a cable.

This might be justified if you need a really long cable (50ft or more) but it’s not necessary to spend that much in other cases.

One situation where you might want to spend a little more is for an HDMI eARC cable – though you should be able to easily get one for around $15. This type of cable lets you use 7.1 surround sound. However, you may find that not all your devices are compatible with HDMI eARC.

You may also want to spend a bit more on a high speed cable that can handle high-definition images (for a 4K or 8K TV). Again, this shouldn’t cost you more than $15.

Don’t spend more than necessary on an HDMI cable. You won’t see any improvement in picture quality as a result.

Interesting Related Article: “12 Ways To Enjoy Your Time With A Mini Projector“