Are Cancer Patients Qualified for MMJ? 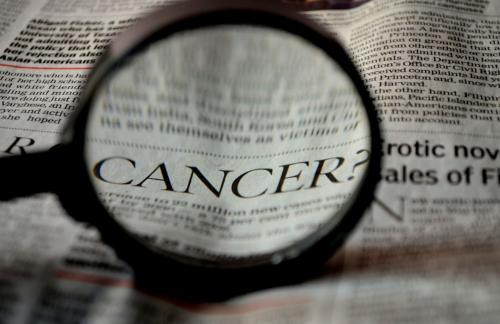 Cancer patients can qualify for medical marijuana access in 37 states around the US that have legalized marijuana.  This means that the majority of Americans have access to medical cannabis, according to Business Insider.

Cancer is a disease in which some of the body’s cells grow uncontrollably and spread to other parts of the body.  It can start almost anywhere in the body where the cells may form a tumor that can either be malignant or benign.

What are the Four Types of Cancer?

The types of cancer depend on where it begins.  Cancer can either be any of these four types:

What are the Early Signs and Symptoms of Cancer?

The possible signs of cancer can appear at any time and age.  It’s important to be aware of these signs, so you know when you need to see a doctor.

The early signs and symptoms of cancer:

How Does Cancer Develop?

Cancer develops when the body’s normal control mechanism stops working.  Old cells do not die and instead grow out of control, forming new, abnormal cells.  These extra cells form a mass of tissue called a tumor.

Cancer is caused by changes to genes that control the way our cells function.  Genetic changes that cause cancer can happen for so many reasons, like errors as cells divide, damage to the DNA by harmful substances in the environment, or were inherited from parents.

Types of Genes That Cause Cancer

What is the most effective treatment for cancer?

The best type of treatment for cancer will depend on the type of cancer you have and how advanced it is.  Most cancer patients have a combination of treatments, such as surgery with chemotherapy and/or radiation therapy.

Other treatments include immunotherapy, targeted therapy, or hormone therapy.

Supportive care services are also being given to managing the side effects of cancer.  One of the well-known alternative supportive treatments is medical marijuana.

It is thought to be a safe and effective medication for addressing the pain, fatigue, depression, and other side effects that come with cancer.

Cancer is one of the debilitating conditions that qualify for the use of medical cannabis in managing its symptoms.

Get access to medical marijuana in Lafayette by visiting our Lafayette page.

If you are around the Lafayette area, visit Teleleaf.com in Lafayette to gain access to a medical marijuana card.

Interesting Related Article: “Can you use your medical marijuana card on vacation in Florida? “