Are Escape Rooms successful in Seattle? 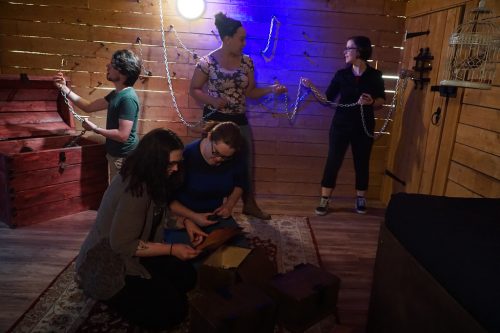 The growth of escape rooms has been explosive around the world. Be it Seattle or any other city, escape rooms have started gaining a lot of popularity because of the new concept and the excitement they bring in with them. So many escape rooms with different themes have opened up that lure customers in their own way. Tickets of the escape rooms sell out in advance itself. The concept of Escape Rooms was first started in Japan and has spread widely around the world. There are approximately 367 escape rooms listed in the US.

Popularity Of Escape Rooms in Seattle

The Escape Rooms in Seattle have become popular among the residents as they require team collaboration and for you to apply your brains to get out of the room and find the key to the door. People who love escape rooms are the ones who seek a new type of experience. Fox in a Box has opened up so many escape rooms with different themes in the US to excite their customers with something new and amazing. It ranks first in Chicago and second on a global level.

These rooms are very spacious and can host up to 35 people at the same time. These rooms offer you a playtime of sixty minutes and a thirty minutes break during the game. These escape rooms have proven to be a good outing activity by friends, family or colleagues. These rooms have become very successful and the revenue has gone up to $600,000 which is very profitable for these businesses. These places are addictive and are designed in such a way that it makes people work as a team as well as showcase their individual brains and strength.

The cost of a one hour game ranges from $25 to $30. The number of people allowed at a time is 10 to 12. There are different types of rooms. Some have tables with paper and pens and some have technical wizardry and various sets to solve the puzzle. The owners of the escape rooms have claimed that if they aren’t booked 100%, then they have failed to provide the customers with the best. When the concept of escape rooms came out, the revenue that came in was 500% in the first year in the US. Every year, the revenue of this business has been growing since it started. The puzzles are tricky for both the owners as well as the players.

The pressure of deadlines makes people use the maximum of their brains to solve the puzzle. People even have tried climbing the walls of the room or breaking the furniture just to get out of that room. It has been difficult for the owners to build a Chicago game room that looks amazing as well as is not so easy for the people to escape through it.

Escape rooms have emerged as a profitable small business for the people in Seattle but being the best among such tough competition is also a hurdle. Some smaller operators have gone out of business in order to compete with the popular ones. So if you are thinking of starting such a business, then make sure that your ideas are explicable, generate revenue as well as stand out from the rest.

Interesting Related Article: “Manage Your Parties in a Party Bus to Enhance Enjoyment“