Barcelona deserves everything that happened to them

Blaming your predecessor for everything is a cheap tactic. And it is justified only if someone truly inadequate worked in front of you. Like Josep Bartomeu. Joan Laporta has been talking about him for a long time, and only recently has he confirmed that the scale of the disaster turned out to be even greater than he feared.

How do you think Barcelona will perform this year? Will they win La Liga or UEFA Champions League? Read our article, analyze it and then try to make a bet on this team on the one of bookmakers websites. 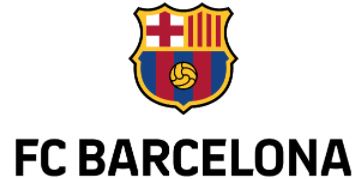 Previously, Barcelona boasted only one number – Messi’s goals. Now you can only hear about 1.35 billion in debt, 451 million in losses and multimillion-dollar loans.

Laporta complained about inadequate payments to agents (for example, eight million to one North American scout) and the lie that the previous regime agreed to pay cuts.

Bayern are not mired in debt. Liverpool, Juventus, Lyon, Ajax and Borussia Dortmund are in order. The situation of Real Madrid and Atletico raises concerns, but they do not have such a scale of problems.

PSG’s accusations sound especially ridiculous against the background of information that, apart from the Parisian club, it was Barcelona that received the most Qatari money in the world of football – first from the title sponsor, and then also 222 million euros for Neymar. Where is all this money? Long gone. Let’s just remember the incompetent purchases of the club – Felipe Coutinho and others, for which a lot of money was paid. And the salary fund, which spent more than a hundred percent of the club’s profits?

This generation’s greatest player cost them nothing

Recently, Pep Guardiola once again recalled that he won the Champions League twice with seven academy alumni. Yes, Piquet had to buy back, but cheap. Barcelona got the greatest player of their generation without paying a dime, and they lost him because they couldn’t find the money to pay his salaries. This is the result of a terrible organization.

Barcelona may have been the greatest team of their time, but now, after years of overspending, they have the greatest debt in history. “Barcelona” is broke, but she went to this on her own, and only herself.