Basics of Neuroeconomics: How Do We Make Decisions? 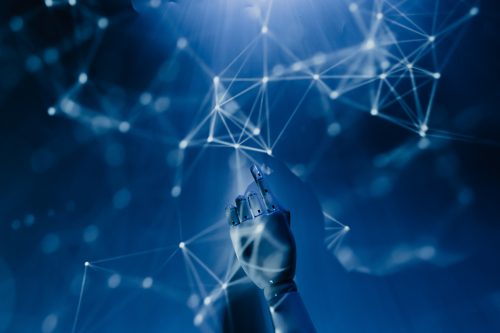 In many situations, people tend to do things that are not entirely profitable and not quite reasonable, even with finances. And many experts say that the reason lies in emotions. How do they influence a person’s irrational behavior? What are areas of the brain responsible? What place do personality and age characteristics and other individual differences play in the decision-making process? Neuroeconomics can provide answers to these and other questions.

Neuroeconomics is an interdisciplinary research area at the junction of psychology, neurobiology, and economic theory. It aims to study the process of decision-making during the choice of alternatives and the distribution of risks and rewards. This science applies economic models to study the brain and create financial models. It uses advances in neurobiology.

Mainly neuroeconomics studies the mechanisms of decision-making at different levels of complexity, namely:

And all this variety of methods of study and the levels at which they are applied is due to the basic postulates on which neuroeconomic science is based.

The Basics of Neuroeconomics

In total, we will consider several models of neuroeconomics. We should start with the basic one.

The basic model of neuroeconomics

The basic model of neuroeconomics is the one proposed by W. Newton and M. Schad, and it is based on the basic model of neuroeconomics. Newsam and Shadlen’s model of making simple perceptual decisions. According to its assumptions, the beginning of the decision-making process is neuron-detectors which receive data on available options. This information is then transferred to integrator neurons, which accumulate over time and implement decision making. The greater the amount of data that integrators receive from their detectors, the more active these integrators start working and simultaneously suppress the activity of other integrators who are busy programming alternative solutions – this process is implemented with the help of inhibitory synapses. In other words, the work of the system of integrators shows the difference between the evidence in favor of each of the alternatives. Decision-making occurs when the activity of an integrator exceeds the “decision-making threshold.

Coding the subjective value of a decision

According to classical economic theory, deciding to choose some option is a rational process and depends on the degree of subjective value. And the idea of maximization of expected utility, in turn, says that any person seeks to increase the benefits, choosing favor of the option with the maximum expected utility.

As a rule, the construction of decision-making models has a particular limitation, which is the difficulty of expressing utility using absolute units. Neuroeconomics seeks to overcome this limitation by stating that utility can be described using the activity value of the neurons responsible for it, equated to the average. Such neurons are some areas of the dopaminergic system – the adjoining nucleus and the orbitofrontal cortex. In addition, research by neuroeconomics indicated that neurons process subjective utility in the adjacent seat, and the subsequent comparison is made in the orbitofrontal cortex.

The results of the above studies were one of the reasons for the emergence of neuromarketing, one of the branches of neuroeconomics that focus on the specifics of consumers’ decision-making processes and analyses of the impact of marketing.

However, one of the most topical issues in neuroeconomics, which takes up practically all the time and energy of researchers specializing in this field, is the question of how do our emotions affect our decision-making?

How do emotions influence decision-making?

Knowing that one choice is better does not necessarily mean that it will be chosen. People with emotion disorders chose the worst alternatives if they had no emotional reaction to past negative experiences.

Neuroeconomics studies the interaction of rational and emotional decision-making mechanisms, taking as its basis the theory of duality of decision-making. Studies conducted within this framework by experts have shown that depending on the most significant activity of different brain areas (cognitive or limbic), decisions can be made either rationally or emotionally.

The brain’s sound system opens up opportunities to make optimal decisions in a certain amount of time, while the emotional system promotes faster and quite adequate choices.

Neuroeconomics applies comparative evolutionary approaches, among others. For example, it studies the differences and similarities in the decision-making mechanisms of both humans and animals.

Neuroeconomic studies have shown that the foraging activity of animals includes some features of human economics. For example, the theory of biological markets suggests that interactions between animals in a group aimed at obtaining benefits are based on the economic law of supply and demand. It turns out that these two factors form the “value” of the services provided in a biological community: if the number of individuals who offer benefits decreases, their value increases.

The same theory suggests the existence of particular “market” factors of evolutionary selection, natural conditioning selection, and the acquisition of new traits that facilitate productive adaptation under “market” conditions. In other words, some evolutionary pressure is created through the biological market.

Such direction as neuroeconomics is very topical today. Research in this field has allowed us to come much closer to the answer to understanding the biological basis of the decision-making process. The research results have formed the base of the latest ideas about this process and allow to simulate the behavior of people and animals successfully. Neuroeconomics, which emerged at the intersection of the sciences, can be called the neurobiology of decision-making in its broadest sense.

Vicki Mata is a writer who began her journey as a professional writer back at university, winning many writing contests in which she participated. Vicki is now a dedicated writer for WowEssays.com, which writes articles on education in general.

Interesting Related Article: “What is mainstream economics? Definition and examples“