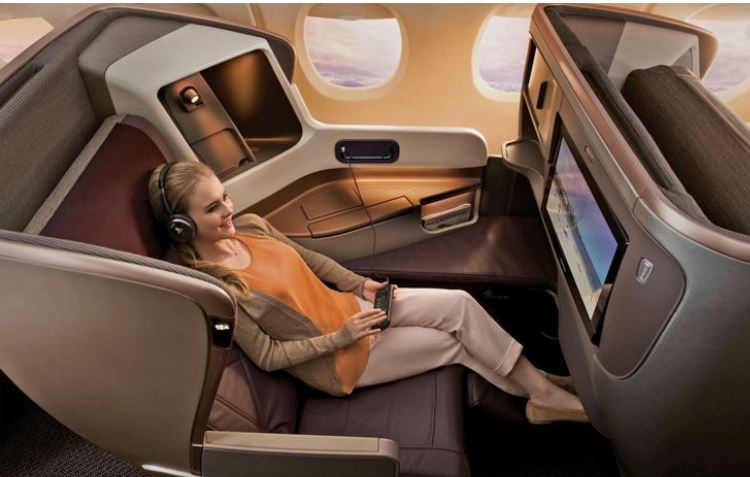 Asian countries like Singapore, Japan, Nepal, Turkey, and many others have long ago headed the top rates of the most visited places in the world. All thanks to their cultural diversity, unbelievable views, different religions, delicious national cuisine, and national heritage left centuries ago by ancestors whose traveling options once were certainly much more limited when compared with the present state of things. Traveling to eastern countries nowadays, however, has became as easy as snapping your fingers.

The development of the aviation industry and technological flying solutions represented by extremely fast passenger planes has given tourists from numerous countries around the world a chance to visit any eastern country they want.

Traveling to Asia much easier today

Using services of the best airline consolidator Cheap First Class, its passengers obtain not only the best airliner tickets but also the impeccable onboard service of the cabin crew whose duties include making your flight as comfortable as possible wherever you go, making your trip convenient with tasty food, drinks, and a cozy passenger seat. Cabin crew members can show you how to transform your first class seat into a full-length bed.

The last minute first class tickets are always hard to find, especially so if your destination point is located somewhere in the Maldives. That is why a partnership with Cheap First Class business flight airline consolidator can save you hours of cumbersone searching, which for successful people with very little spare time, is often not an option.

National Singapore Airlines can fairly be named as one of the largest airlines in the world. Its airline hub, which is located in Singapore Changi Airport, is the destination point for flights from and to more than 60 airports around 35 countries on six continents. This particular airline has code-sharing agreements with about 10 other airline carriers.

Singapore Airlines business class seats can boast  the best parameters and conditions, allowing its passengers to have a proper rest even during long flights to other continents. The airline has three types of waiting halls for business class passengers.

This is an airline carrier that performs flights between approximately 50 destinations in Japan and to over 32 Asian, European, and North American international destinations. ANA operates from airport hubs at Tokyo Haneda Airport and Narita International Airport.

The carrier also has secondary hubs at Osaka Kansai International Airport and Chintou Santora International Airport. The airline owns several subsidiaries which include the regional carrier ANA Wings. Flights are carried with the help of airliners with a variety of cabin configurations, including those particularly required by customers of business class flights.

Based at Taiwan Taoyuan International Airport near the city of Taipei, this airline carrier is the second largest airline in the Taiwan province. EVA Air organizes flights to 70 destinations throughout Taiwan, as well as throughout Asia, to Australia, Europe, and North America.

This Indonesian national airline operates non-stop flights to almost 40 domestic destinations and 20 international flights to 13 countries in Asia, Oceania, the Middle East, and Europe. This airline carrier is capable of satisfing even the most demanding customers and making its passengers keen to use its services again and again.

Cheap First Class business class airline consolidator deals with only reliable and high-quality airline services capable of meeting all the requirements of passengers wanting to travel with the highest possible comfort where they can make a phone call right from their passenger seat, sleep during long exhausting flights, and receive delicious food and cold drinks during the flight.