Accounting is typically thought of as a stable and safe career choice, particularly in comparison to liberal arts majors and the more general business majors. This article reports on a study that looked at some of the benefits of accounting and which parts of the United States offer the best career prospects. 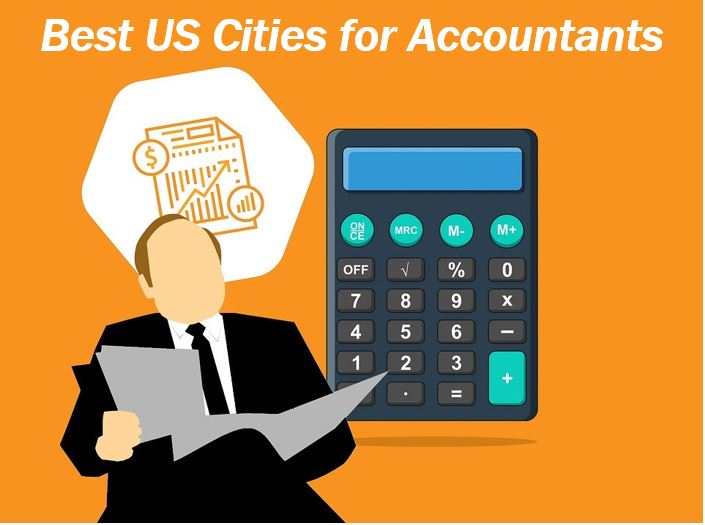 Based on Glassdoor data, this study analyzed the state of accounting jobs in 50 cities across the US. They found that the highest concentration of accounting jobs tended to be in some of the more major metropolitan areas of the country.

Most and fewest jobs for accountants in the US

New York, Washington D.C., and Chicago all had the highest number of opportunities for accountants. Meanwhile, El Paso, Fresno, and Colorado Springs had the fewest.

The number of accounting job vacancies varies considerably across the country. Large metropolitan areas have a huge number of unfilled jobs, unlike their smaller counterparts.

Even though job opportunities are lower in smaller cities, towns, and rural areas, they offer  benefits that some people may find appealing. Their greatest advantages are lower property prices and an overall cheaper cost of living, which may attract many recently-qualitified professionals.

Salaries and cost of living

As one would expect, cities with the most accounting job vacancies tend to pay the highest salaries. They also have the highest cost of living in the country, which to a certain extent neutralizes the benefits of greater pay

In some cases, novice accountants may actually find that they are financially better off in the smaller towns, even though they will be earning less, because the cost of living there is that much lower.

The cost of living is the price of products and services we require to maintain a specific standard of living (the national average). It includes, for example, property prices (buying or renting), transport costs, ulitilites, groceries, entertainment, and a number of other items.

The researchers in this study also gathered and analyzed data on other accounting job factors. They examined the ratings for different aspects of the job outside of just the salary and the number of opportunities available.

The best company ratings tended to be in some of the higher salary metropolitan areas, suggesting that the companies were attracting better talent and therefore fostering more effective workplace cultures. Those with lower company ratings are less likely to attract young professionals who are looking for more from their employer than just a paycheck.

Wherever you might choose to set down roots and start your accounting career, you’ll want to consider more than just how much competition you’ll have for jobs and the average salary. The cost of living and the quality of companies will determine the overall work/life balance you experience more than anything else.

The term work/life balance refers to the balance that employees need between work time and other aspects of their lives, such as family, leisure activities, social life, personal interests, and simply resting.

Just because your dream location might be New York City doesn’t necessarily mean it’s worth the price tag!

Interesting related article: “What is Accounting?“