How to Pick the Best CPU Cooler for Ryzen Processors 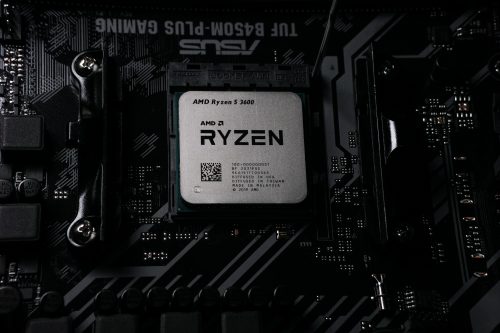 The new Ryzen processors are topping the charts with their unbeatable performance at an affordable price, which was critically-acclaimed by most of the enthusiastic gamers. However, the speculation of heating issues just does not seem to end, even though they are nothing more than just speculation now, your Ryzen does need to be accompanied by an equally competent CPU cooler to unlock the maximum potential and allow you to play on four hours without the least bit of worry. Having a great CPU cooler will also help you achieve maximum overclocked performance and bring that top-notch Ryzen performance right up to your screen.

In this brief guide, we will make sure to specify all the things you need to consider while purchasing a CPU cooler for the latest Ryzen processor, keeping all key factors, including overclocking capabilities, excellent fan speed, and life.

Most of the Ryzen High-end processors include a box cooler in the package, which does a decent job for most of the audience, but in case your processor doesn’t include one or if you want to make sure, that your gaming performance doesn’t lack one bit of potential due to a basic CPU cooler and can perform efficiently even when overclocked without shortening the life of your processor then here are some factors to keep in mind.

In all honesty, unlike Intel CPUs, a Ryzen processor will actually help you save much easier for an aftermarket CPU cooler because the processor does not come as costly as the competition CPUs do. Still, you need to make sure to formulate a budget idea, so your market hunt narrows down to specific models, that can afford you the best value for the price.

You should be well aware that the CPU is the most important part of a PC, it is, basically, a mother chip, so you should most definitely allocate a decent amount for a CPU cooler, because not only will it help you achieve maximum potential and unbound gaming for hours, but it also helps ensure that the CPU retains a longer life span and save you from spending twice as much from buying a new one just as soon because you blew your processor while overclocking with a basic cooler.

It is extremely important to look-up the TDP rating of your CPU cooler before purchasing it. It is one of the most important factors, the TDP rating is the thermal design power, which is the extreme sum of heat generated by a computer part or module that the cooling system in a computer is considered to disperse under any workload. So it is essential to not have a lower TDP rating of the CPU cooler than the processor, or it will not do an adequate job in performing its cooling operation. An equal or close to equal TDP rating does the job, but it is recommended to have a higher rating than the processor to stay on the safe side and perform overclocking with ease.

Usually, this is not something to worry about dearly, as most CPU coolers are designed to fit all sorts of CPU sockets, but just in case that your socket might turn out to be the exception, it is advised to make sure that you get a CPU cooler that is limited to a specific CPU socket type, or if it is, then make sure its the same socket you have or you might be planning to get.

As we elaborated, how AIO Coolers have more clearance than Air coolers, so ensure that you either get a case or components that will allow you to fit a bulky CPU cooler without worries, or make it easier for yourself and get a CPU cooler with more clearance, having a short height and radiator size to easily fit in.

This one should be a priority as well because it might not seem to be a problem at first, but it will ultimately annoy or embarrass for the ruckus it will cause. Make sure, your CPU cooler, however, efficient or bulky, should not be very noisy, or should be at least bearably noisy.

Last but not least is the consideration of your overall PC look and aesthetics. If you are bent on spending that extra buck to make your PC looking sizzling hot and operatively cool, make sure you choose a liquid cooler that does your job or an Air cooler with a decent design.

There are two major types of CPU coolers, Air Cooling and AIO Coolers. One cannot simply suggest that one is better than the other because these can lack in one area and be efficient in others, each has its pros and cons. It depends a lot on your specific case and would suit you the most.

Liquid coolers have always been a huge hype, because of their excellent cooling performance, as some of the high-end Liquid AIO can provide better temperature than the best of the Air Coolers. Early on, AIO or custom liquid coolers used to a huge tackle because of their expensive price points and the difficult set-up but now with AIO coolers, it is much easier and inexpensive, and you only have to maintain the fan and the radiator, unlike the previous liquid coolers. However, maintenance is still required and the risk of getting exposed to a leak is always present. The Liquid coolers are also more expensive than Air Coolers, with a lesser price-o-performance ratio. Liquid coolers have a lot more clearance than Air coolers, so it would be much easier to have it set-up in different types of cases with large or small components. Liquid Coolers are also more aesthetically pleasing than Air cooler, they can provide the best view from the glass-side panel of your PC.

Air Coolers on the other hand have been a popular choice for a long time and are still more widely used than Liquid coolers, because of their excellent price-to-performance ratio and ease of use. There lay no worries of maintenance and yet they have a longer life span than liquid coolers. Air Coolers can also look pretty cool but not that’s not the case generally. The problem with Air Coolers is that they are suitable for PCs where extreme cooling is required, or where overclocking is performed with an all-time use. The air coolers are also way bulkier and do not have as much case clearance as liquid coolers.

In all cases, your utmost priority should be to consider your specific case and identify what suits you and what doesn’t. It is recommended to spend more on the CPU cooler to ensure convenience and excellent performance, whether it looks good or not, but an extra buck to make it look good would also be worth it. Only choose a liquid CPU cooler if you are enthusiastic about the set-up and would not ignore maintenance, otherwise, an upgrade to an air cooler would be a clever choice.