First-person shooting (FPS) games are fun. They immerse you into a role where you have to complete missions and upgrade your weapons and gears. Dozens upon dozens of FPS games have been released over the years that it has become so confusing to choose what to play. 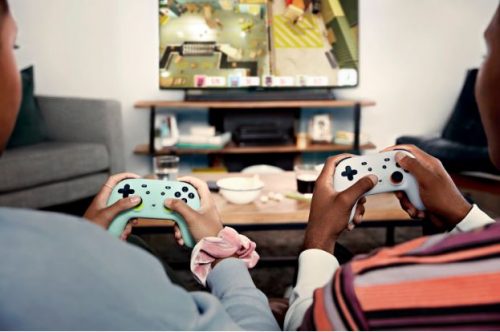 Today, we will show you the best FPS video games of all time. In the end, you should be able to choose the best game that fits your playstyle. If you want, you can also look for gaming platforms where you can place your bets on world-renowned players.

This is an FPS game that is team-based. What this means is that you have to join a team to complete your mission – to destroy the enemy team. The game was published by Blizzard, the same group that gave us Warcraft. Here, you choose your hero or your character. Once done, the game will assign you to a team that is comprised of six players, including you. From there, you have to complete map-specific goals within the time limit.

Overwatch was released on Windows and other platforms in 2016. It has become so popular that it now has a league of its own, and gamers can now participate in Overwatch betting and win real cash.

This is based on Tim Clancy’s novel, and it was first released in 1998. It has since then developed a massive cult following, and it is now one of the most popular games in esports. The original release is a single-player FPS, and your duty is to complete missions in different campaigns. It also has a multiplayer mode where two teams try to outwit and outgun each other. Multiplayer game modes have different goals. Today, there is a Pro League for the game, and it has been around for 11 seasons.

This is probably the grandfather of all FPS games. Here, you choose either the side of terrorists or counter-terrorists. You belong to a team, and your ultimate goal is to wipe out the enemy. You earn in-game money as you kill and win, and you can use that money to buy better kinds of guns.

Like other FPS games, there is a league for Counter-Strike called CS: GO. This is a worldwide league where teams compete against the most coveted title of CS: GO champions. CS is great if you want an action-packed game with lots of realistic guns to choose from. This popularity has allowed online gambling facilities to capitalize on it. Yes, you can do CSGO betting if you want to, but make sure you know the teams, so you can bet properly.

Anybody who has ever played FPS knows about this. It is one of those games that served as an inspiration for other developers to create their own FPS titles. Modern Warfare stands proud among so many FPs games because of its shooting mechanics. It also has a great storyline that allows you to appreciate and understand what it is to be a hero during wartime. In this game, you will be taken to a modern yet realistic setting as either a CIA officer or a British SAS force member trying to quell the rebellion in Urzikstan, which is a fictional country.

Coming from Microsoft, this is an exclusive game for XBOX. It got a really warm reception from audiences that it has spawned several other titles. What is it about? It is about a military operation that is set in a modern world. It is science-fiction and has really no resemblance to our present time and technology. Here, you will take on the role of a super-soldier, and you are part of an elite team called Spartans.  Now, since it is made by Microsoft, your character has an AI partner called Cortana—the same Cortana that actually works in real-life. Cortana is the equivalent of Apple’s Siri and Amazon’s Alexa.

Escape From Tarkov is a nontypical battle royale game, it also focuses on loot but on large-scale maps. Each map needs different strategic approaches like the reserve map which you really need to familiarize yourself with in order to survive.

If you like a game from our list, check first if it has a version for your console. Sometimes, a game development company manufactures only for specific consoles. It is also not unusual for a game to be exclusive to a single console. If the game is available, what you have to do is to play a campaign first. Once you get the hang of it, you can start playing online. Join groups and make friends. If you are really good at it, then perhaps you will be able to start your own team and then join a league.

If you are not in the mood to play, be glad to know that almost all popular FPS games have leagues. These are international competitions where you could watch teams fight against each other. If you want to make it more enjoyable, just look for an online betting site to place your bets—you can win real cash if you choose the right team.

Interesting Related Article: “How Has Cheating Evolved In Video Games?“