What is the Best Framework for Web Development?

Modern realities driven by technological advances define that not every business should be brick and mortar, but every business has to be present online. Online businesses a lot more effectively promote their brands and attract a wider audience, resulting in their revenue increase. One of the most effective ways to go online is to develop a business website or a web application.

Web development frameworks play a significant role in the web development process. They define which web services, web resources, and web APIs to include in your app. All these aspects influence the app’s productivity, security, speed, usability, and other factors.

AngularJS is a popular JavaScript-based front-end development framework developed and upgraded by Google. It’s an open-source framework which means that it’s absolutely free. Angular  is used by many world-known companies such as Netflix, Sisco, Adobe, Telegram, YouTube, and others.

This framework uses the Model-Viewer-Controller (MVC) type of architecture that helps to divide databases, business logic, and user interface into separate layers, making code reusable and easier to maintain. Angular can be a bit heavy for developing simple sites as it offers a broad array of tools to build single web-page sites, mobile, progressive, enterprise, e-commerce, and other apps.

Laravel is the most popular free open-source back-end framework that runs on PHP programming language. Although it appeared only in 2011 and considered to be rather young, Lavarel  proved to be a robust, secure, and stable solution. It has well-elaborated documentation and Laracast tutorial site which is a lifeline for those who want to learn coding in PHP.

React.js is an open-source front-end library that runs on JavaScript. It’s been developed by Facebook since 2013. It is mainly used for building user interfaces for web apps and considered to be a lightweight and productive solution. There are more than 30 sites that run on React.js. The most popular are AdRoll, Atlassian, Asana, Dropbox, Cloudflare, BBC, Airbnb, and others.

With React.js software developers can build a wide variety of web apps, such as data visualization tools for presenting data in an understandable format, messaging apps like Facebook Messenger, social networks, retail or e-commerce sites, single-page applications (SPA) like Gmail or Github, productivity apps for taking notes or tracking workload, and many more.

React.js’s distinctive features are a virtual DOM and JSX syntax. A virtual DOM accelerates data processing and, therefore, makes React.js apps very fast while its JSX syntax is easy to learn and use. 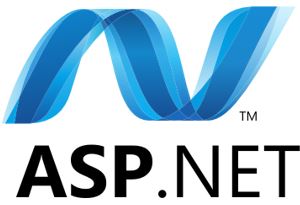 ASP.NET is an open-source back-end framework developed by Microsoft that runs on C#. It’s rich functionality allows building web, mobile, and desktop applications which run on Linux, Windows, and macOS operating systems. One of the main features of ASP.NET is that software developers can build cross-platform solutions with it. It means that they can easily migrate a developed app among computing environments without the necessity to create a new web service in ASP.NET Core.

Ruby on Rails is a back-end open-source framework that runs on Ruby programming language. This framework appeared in 2005 and since then it’s been one of the leaders in the web app development market. Many frameworks such as Laravel, CakePHP, Node.js, and others actively used Ruby on Rails ideas in their own development.

Ruby on Rails is used for building all kinds of web applications such as web content management systems, e-commerce platforms, collaboration tools, enterprise resource planning systems (ERP), and many others. Ruby on Rails is used by GitHub, Basecamp, Shopify, Hulu, SoundCloud (check out this SoundCloud downloader), CookPad, and other sites.

Software developers love Ruby on Rails as it allows building easy to scale, deploy, and very adaptable web apps. Above all, Ruby programming language has a vibrant and close-knit community with Ruby experts who are ready to share development advice and lots of tutorials on how to use it better.

CodeIgniter (Cl) is another renowned web application framework that runs on PHP. It’s a back-end open-source solution that was built by EllisLab for developing dynamic websites. The major difference of Cl from Laravel is that it has a shallow learning curve and rather simple documentation.

Cl is quite popular among beginners and it has minimum configurations and a wide range of development libraries. The most popular websites developed on this platform are Bufferapp, The Mail, Guardian, and others. If you want to use a simple tool for building full-featured web apps, then you should consider CodeIgniter as an option.

Express.js is a minimalistic and very flexible open-source framework that was built as a part of MEAN stack. MEAN is an open-source JavaScript bundle for building dynamic web-sites and web apps. Express.js in conjunction with Node.js allows building efficient asynchronous web apps. It means that a user can perform a number of operations on a site without its constant reloading.

The websites that use Express.js are Storify, GeekList, Myspace, Klout, and LearnBoost. Express.js runs on JavaScript which is known as a front-end development language but this time it’s used for the back-end. However, it doesn’t make JavaScript lose to the most popular back-end programming languages. On the contrary, JavaScript is becoming more widespread for developing back-end layers in various apps.

Vue.js is a lightweight JavaScript framework, based on the idea of combining Angular.js and React.js. It was built in 2014 by Evan You as a response to the complicated functionality of Angular and just started evolving functionality of React.js at that time. Evan took the most effective features of both frameworks and implemented them in Vue.js. This framework continues to grow. The top 5 sites that use Vue.js are 9gag, Behance, Nintendo, Chess, Gitlab.

With Vue.js sofware developers can build flexible, modular, and robust solutions. And its well-developed tools such as Vuex for effective state management and Vue Router for routing activities allow accelerating development speed, downsize critical development errors, and as a result provide a cost-effective development process.

Ember is another JavaScript front-end framework that has been used for web development since 2011. Ember JS suits greatly for building Single Page Apps (SPAs), Progressive Web Apps (PWAs), and native-like web apps. Google, Microsoft, Heroku, and Netflix use Ember in their web development.

Ember offers a wide range of adds-ons that greatly facilitate web app development. Among them are:

All these features make Ember js an effective solution for web development. Besides that, it uses two-way data binding from Angular, best command line interface (CLI), has routing, and bases on MVVM model (Model-View-ViewModel).

Web development frameworks are widely used by many software development companies. They ensure a quick development start, minimization of critical and major errors in code, adding robust features to the developed apps. All these factors greatly influence the overall product price as well as product delivery schedule.

Therefore, choosing the right framework for your app is an essential process of developing a successful business application. The most effective way to choose one is to get a detailed consultation from a team of experts who can suggest the best frameworks to meet particular business needs.

Victoria Puzhevich is a Lead Specialist at SCAND. Having over 15 years of experience in the IT industry, Victoria is obsessed with all tech-related things. Her passion is to provide insights on the latest IT industry trends and help companies grow their business through technology.